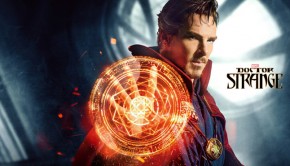 Welcome back as we try to get through all the trailers released during SDCC this past weekend. We’ve looked at some of DC’s heavy hitters, now it’s time for […

This is a review filled with spoilers. I’ve seen the movie and want to talk about it. If you haven’t seen it but are interested in my thoughts, be […

As we prepare for next week’s WWE draft and the splitting, once again, of the roster I was going to write an article about how that could affect the […