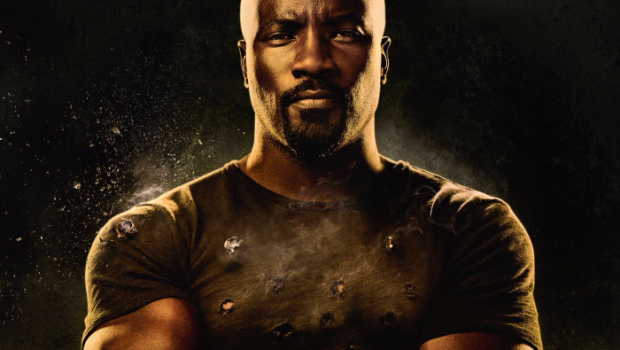 The Jessica Jones Netflix series was wonderful for a number of reasons. Mainly, that it was a great television show. Secondly, it introduced us to the amazing Luke Cage played by Mike Colter. I wasn’t familiar with Colter’s work previously but his performance in that show made me wake up and pay attention.

We know they’re leading to a Defenders series but with no Heroes for Hire planned right now this could be our only dose of Luke Cage being the star of the show. Netflix have shown in the past though that if one of their products is a hit, they’ll commission more straight away so with some future happiness on the line, lets hope this lives up to the hype.

Looks like we’re going to delve into some of Luke’s backstory. It’s very awesome to see him in the 70s comic’s inspired get up of tiara and bracelets. Sure, they’re not the real deal and just a nod but it’s cool anyway. The main bad-guy in the trailer is a character not many would be familiar with, Cornell Stokes. Or, as any comic historians will tell you, Cornell Cottonmouth. He’s a pretty standard crime-lord but the show looks to elevate his status quite a bit. Luke Cage is cool. He always was, always will be. Part of it is his laid-back demeanour. His tough guy exterior. But mostly it’s is face when idiots try to hit him and he just wishes they made better life decisions. -One Knight In Heaven Overall: Netflix so far have made three excellent Marvel series. That record doesn’t look to be in danger as Luke Cage, to my mind, is shaping up to be the best one yet. Roll on September!