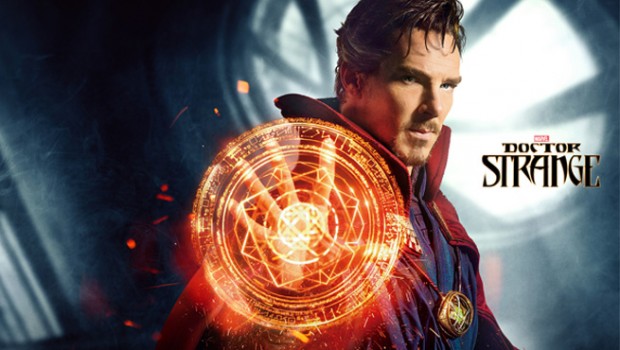 Welcome back as we try to get through all the trailers released during SDCC this past weekend. We’ve looked at some of DC’s heavy hitters, now it’s time for our appointment with Marvel’s Doctor.

Benedict Cumberbatch plays Stephen Strange a world renowned surgeon who, after a car accident that destroyed his hands, searches the world for any kind of medicine that can repair them. What he finds is a big magical place with magic and magicians. I mean, that’s the general gist.

There is a great cast, and slightly racist undertones, awaiting us in what will be Marvel’s most unique movie yet if the source material is anything to go by.

This is all just to highlight Strange’s hands because they are a huge factor in his story. But still, it got a chuckle out of me.

– You Gotta Hand It To Him

They’re starting to show his magic in action and I like how there is a uniformity with how Marvel presents its magic across titles but also how there is a similarity with Tony Stark’s holographic technology too.

I don’t want to give away spoilers for the movie, but I really like how we are presented the bad guys in the trailer. It’s really hard to say anymore without revealing a lot, but I think audiences are going to enjoy the hero/villain dynamic in this film.

If nothing else, this trailer lets you know that you’re in for a bit of a mind bending time. I like that. This is going to be different. We’re not going to get a standard action movie.

Overall: This is going to be a very special-effects heavy movie so it makes sense that a lot of it wasn’t done for the first trailer. Now that more and more is being revealed it’s starting to look like Doctor Strange could end up being something both very different and a possible sleeper hit.