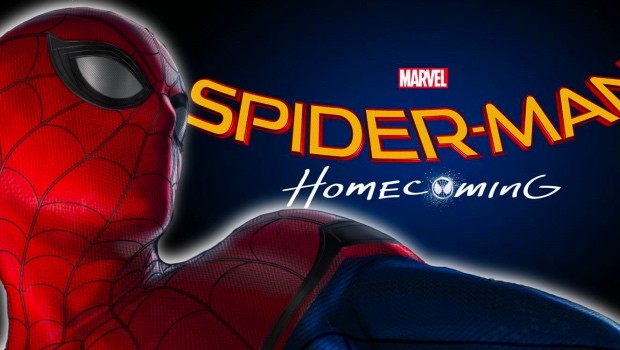 At this point in the game, it’s difficult to be excited for a 6th Spider-Man movie. Especially considering that it’s a third reboot of the character. However, the rather slyly named Spider-Man: Homecoming will be the debut film of Peter Parker in the loving arms of Marvel Studios.

The movie is directed by a relative newcomer, Jon Watts, who has mainly directed TheOnion.com videos. It’s co-written by John Francis Daley and if you’re wondering why that name is familiar, he was the main kid in Freaks & Geeks. But don’t worry, he’s one of 6 people who are credited as writing the screenplay. Have I made you nervous yet?

– The Ultimate Bait and Switch

If you believe everything you read on the internet, IMDB would have you know that popular young actress Zendaya is playing a character named Michelle. Sure. I personally think she bares a resemblance to a certain red-head from the Ultimate Spider-Man universe.

But hey, Aaron, that’s the Ultimate universe. What has that got to do with…

Well here is where I’m a little confused and very annoyed. This chubby best friend of Spider-Man, who loves Lego, is listed as… Ned Leeds?! Are you kidding me?

I’m supposed to think this guy is going to turn into the Hobgoblin at some point? No. He is CLEARLY Ganke Lee from the Ultimate Spider-Man comics (and now 616). Either Marvel is playing real hard to get with details or it doesn’t know what it is doing. I’m really hoping for the former based on track-record. But if this was Fox or Warner Bros I’d be spitting venom right now.

Welcome to our big bad guy for the movie, The Vulture. It will be interesting if they play with any of the age stuff in The Vulture’s lore but either way he’s played by Michael Keaton so that’s pretty damn cool.

He has gone from playing Batman to Birdman and now a bird… man.

It’s the first time we see them in live-action form and I, for one, am jazzed about it.

OVERALL: Honestly, I have to admit I expected a trailer that would get me more excited. It revealed lots of character stuff, like how Peter is being treated like a child by Tony Stark and being mentored slightly, and who his friends are etc. But I’ve seen enough of RDJ at this stage and the characters aren’t who they say they are so… meh?
I still want to see the film, I’m excited for Tom Holland in the roll, but if I knew nothing before this trailer I don’t think I’d go to see Spider-Man: Homecoming based on this footage alone.