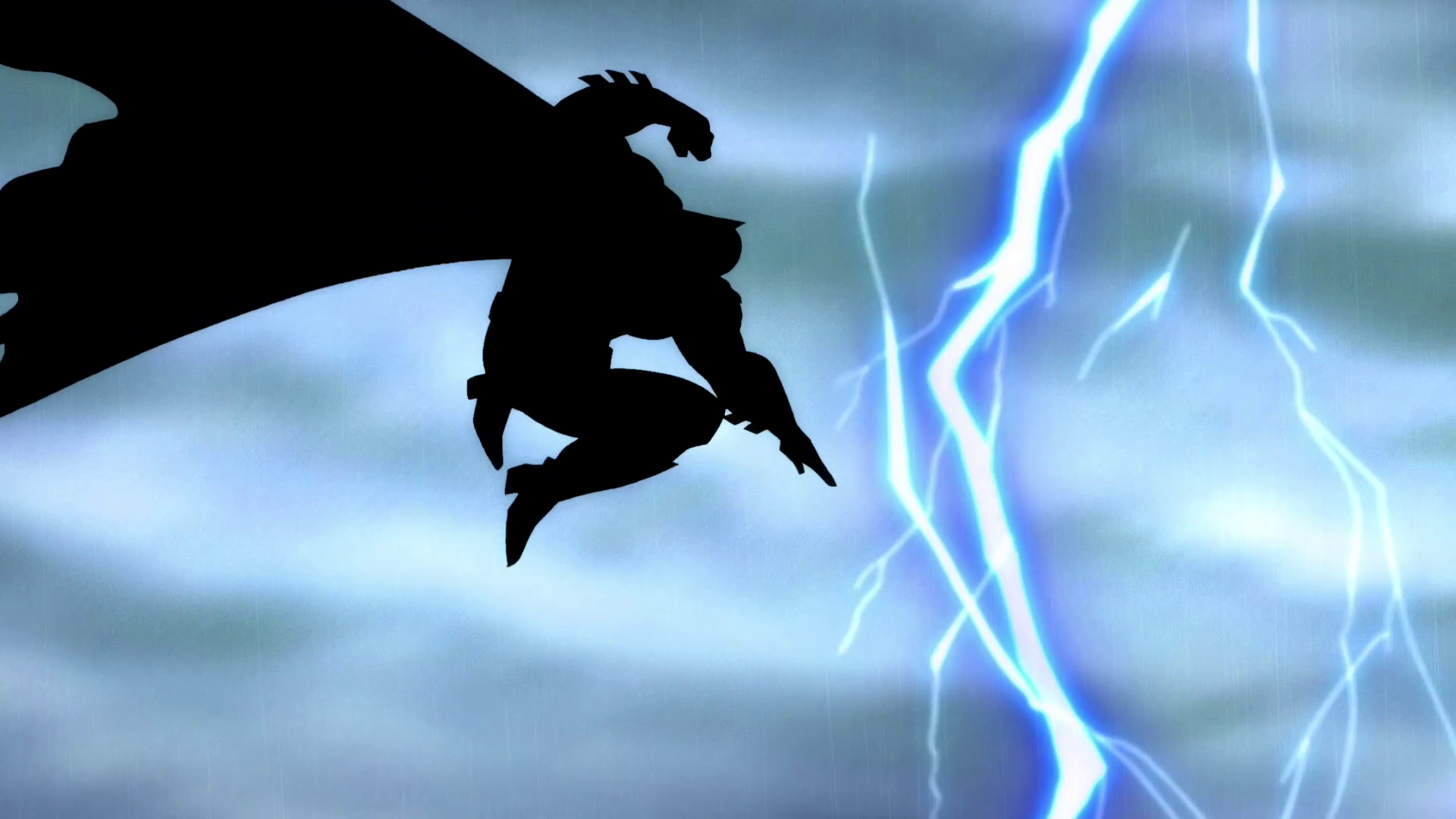 Words cannot give weight to the contempt I have for Frank Miller. Like Alan Moore, Ol’ Frankie lost his goddamn mind and hasn’t been well since. But while Moore can be insufferably pretentious, he’s not as outwardly offensive or bigoted as Ol’ Frankie.

But I’m not here to speak about him because I’ll rant all day. No, we’ve got some animated goodness to look over, so let’s get to it. Maybe it’s because I was a fan of Batman Beyond but the thought of an old Bruce Wayne without a Terry McGinness to take up the cowl makes me sad. Still, if this movie is going to have a redeeming feature, it’s going to be in Bruce’s voice actor. So, who we got? Kevin Conroy? Bruce Greenwood? …Peter Weller….. Wait? Peter F***ING Weller? Robocop is Batman!? Oh, boy! Oh, boy! Oh, boy! He seems to be pulling off a good performance from what little we see. SOLD. Oh, c’mon! I had to! Ariel Winter is voicing Carrie Kelly/Robin. She sounds alright but all we hear her say is her name and codename. Some good animation for her though. Here’s the leader of the Mutants. Unfortunately, there’s no heroes in a half-shell to contend with so Batman earns his ire. He’s a really boring design but he’s voiced by Uncle Ruckus (Gary Anthony Williams) so it’s not all bad!

In the end, I’ll watch it because I’ve watched all of the DC Animated Movies up to this point but it’s not hyping me up as much as Under The Red Hood or many other DCAU movies. If you want to give your opinion on the trailer, be sure to leave a comment below!

The Dark Knight Returns, Part One is available on DVD and Blu-Ray September 25, while Part 2 is set for spring 2013