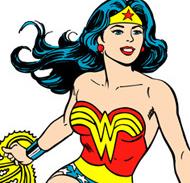 We love our readers here at DOOM. We treasure you. We’d rub you all with baby oil if laws didn’t stop that from being a viable option. And we thought we would give you a voice. We thought we would let you choose who your favourite in an arbitary list. It’s democracy in it’s purest form!

Congratulations must go out to last month’s winner… MOLLY RINGWALD! She may be older now, and judging by this picture in need of mental care, but she is still Number 1 in your hearts. And that’s beautiful, man.

This month I WANT NONE OF YOUR GUFF! It has become increasingly obvious that people (I’m looking at you, Mint In Box writer Sharpo) think they can choose a better list of candidates than me. Well tough. See the title up there? Poole’s Polls. Not Johnny-Thinks-He’s-So-Smart Polls. So suck it.

Now, I know you may be thinking “Aaron, how can you follow up that paragraph of professionalism?”. I’ll tell you, jerkface. By giving you this month’s awesome poll!

As a result of a recent twitter conversation I’m making this month’s list a female only group. That’s right comic-book fans, March’s question is… Who is the greatest female super hero? Obviously I can’t include every female super-hero of all time (well, you’d think it would be obvious but apparently I have to mention it for Sharpo) so choose from my list of six below. Fan of being tied up by her own lasso, Wonder Woman has been a feminist icon for well over 50 years. Brave for not only the crime she fights but also the camel-toe dangerous outfit she wears, this amazonian princess is a tough cookie. It doesn’t hurt that she has rockin’ bracelet accessories either. Superman’s cousin and the closest to a side-kick he’ll ever get, Kara Zor-El has had the worse luck of the two Kryptonians. She has had the worst movies, the worst comic, she has died way more times than he has and she has to do it all while flying with a mini skirt. Can you imagine how the paparazzi flock to that? I don’t read many DC comics so I’m not really familiar with Power Girl. Let me see if I have this right; She is the Kara Zor-El of a parrallel universe who has pretty much all the same powers but the extra added power of massive boobs? Really? Oh comic book artists, what will we find on your hard-drives? One of Marvel’s many, many red-heads and perennial murder victim, poor old Jean Grey has been through enough troubles in her life. But to top it all off, she was the unfortunate woman married to Scott Summers. I won’t even get into all the future/parrallel universe children. Give her your sympathy votes. Storm is a strong black woman in a world dominated by white men. Does that make her the Oprah of the comic world? Probably not. We’ve never obsessed over her weight (although there was a period when she lost and gained several years of age) and there hasn’t been any “Storm is a lesbian” rumours either. She’s a happily married super-hero we’ll have you know. Little known Avenger but a crowd favourite here at DOOM Towers Doreen Green AKA Squirrel Girl won our hearts with a bushy tail and a smile. Created by the well known nut Steve Ditko and Will Murray (no association to Bill) she now has taken a back seat to crime fighting and is the super-nanny to Luke Cage’s daughter. Awwww.

So there you have it, this month’s serious poll. Six enter, only one will leave victorious. It’s clobberin’ time if by clobberin’ you mean voting!