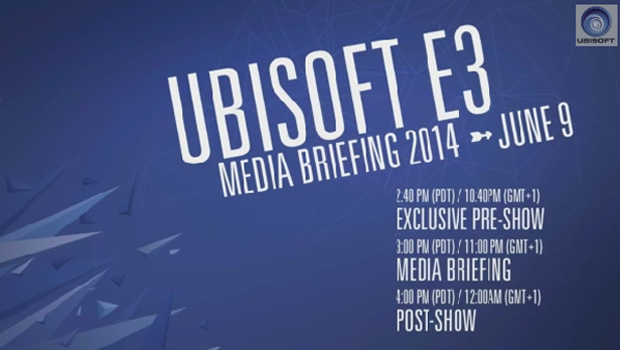 Ubisoft’s press conference is over. It was at least 37% less condescending this year.

Ubisoft closes out the conference with Rainbow Six: Siege.

Then Aisha gets way more excited about it than anyone actually should be.

The game looks fine, but it does not look good enough to make a professional entertainer pretend to cry from excitement. When you try to convince me you’re that excited, I just feel insulted.

I also feel like the condescending “random” people from the crowd bit is a terrible way to close things out. I can’t watch anymore.

I’ll close by saying: we don’t need another game where a bunch of soldiers have to rescue a helpless female.

He says, “One last game,” and the crowd goes crazy. I thought this was going to be Beyond Good and Evil 2, so I was excited. Now it’s another multiplayer tactical shooter.

I’m not really interested–but I do like the fact that the walls can be destroyed and that the players are cavalier about losing their hostage.

Valiant Hearts is a really charming looking game. The UbiArt Framework continues to be a bastion for interesting ideas. They don’t always hit, but they all really have character. I hope this game is fantastic.

Nobody cried. There’s been nothing emotionally charged enough to make anyone cry today. Maybe that’s the problem with Ubisoft’s writing process–they think the tears from our eye rolling for tears of emotion.

There is no way I’m ever playing this game without putting on a fake goatee when I compete against myself.

I’m actually convinced that this game could take the place of annoying aerobic classes. I wanted to be skeptical–but it actually looks like something that could find a place in my quickly improving heart.

I feel like Aisha just vaguely tied the haptic feedback of her controller to the Hitachi Magic Wand.

That or one of the sleazy writers did it for her.

All of that as the introduction to a new fitness game from Ubisoft. In the game you punch asteroids. Aerosmith will cash that check.

I’ve really enjoyed the evolution of the stealth aspects of the Assassin’s Creed series. It’s definitely on display during this gameplay session. Also on display: enormous crowds.

I love the idea of huge crowds, but only if it leads to a naturally elevated sense of anonymity. If guards can spot the player just as easily in giant crowds, I’m not going to enjoy myself. Especially since it means more people to get in the way when I have to take off running.

Now we’re looking at actual gameplay. The fluidity of movement, especially the acrobatics, is gorgeous.

We’re right back to a traditional “tackle the guy running” situation–but the player detours to take what looks to be a dynamic revenge quest.

Now the “deadliest assassin ever” is struggling in a one-on-one fight. Looks good doing it though.

This version of Everybody Wants to Rule the World is pretty cool. Why was the soundtrack for Watch Dogs so awful? They clearly understand how to find interesting music.

The trailer itself isn’t as interesting as just watching someone play the game.

Aisha calls out shitty writers for their shitty segue. Bad news for all of us: They are probably the same people writing the plot points for Assassin’s Creed, Watch Dogs 2, and The Division.

Like every car commercial, I’m more interested in the single playing during this trailer for The Crew.

I’ll also make my prediction that this is all geared up for Ubisoft to announce the third installment next year and call it Th3 Cr3w.

The Division non-interactive trailer. An attempt to give context to a world that I cared more about before they tried to convince me to care about it.

The game isn’t happening for a long time, but when it does I’ll be ready.

Just don’t make me pretend to care about this story you’re weaving so far.

Who had the hair first, Petter Mannerfelt or the villain from Far Cry 4?

And now, to talk about dancing: A guy who has never danced in his life. I assume that he’s about to prove me wrong on stage.

Just Dance is first up–so I don’t care, but I can’t stop being shocked that Aisha Tyler is actually doing a good job. The internet may be “full of bullshit,” but sometimes we’re right, and so far it looks like Ubisoft listened.

I will say that I’m not sure you want to claim you “Start big, then go bigger” by transitioning from Far Cry to a niche dance title that most people can’t even play.

You have to hang-glide through the jungle to disable all the hair stylists.

Now we get Aisha Tyler again. I hope things are more natural today. So far so good. She’s actually endearing herself to me this year.

So yes, it’s Farcry 4. This guy is a monster–and that’s mostly based on his haircut.

The official start of the presser looks like Farcry 4 so far.

I’ll say this, Ubisoft has had the best hold music so far. However, they’re already showing us Rabbids and shenanigans to start out–unlike everyone else who started with games and adult voices.