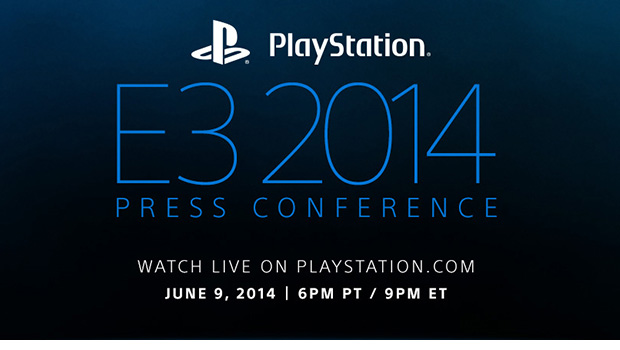 Sony’s 2014 E3 Press Conference is over. I might be back for the Nintendo stuff tomorrow–but I might just play some games.

Uncharted 4. I’m good with that. Not a terrible way to end the event–sort of like the Last of Us announcement from a few years ago.

Moments after House says, “I’m not finished yet,” he brings out Batman: Arkham Knight footage complete with Batmobile.

Slingshotting out of the Batmobile at full speed–it just looks like amazing fun.

Ok, so there’s a new Rockstar announcement. Probably GTA 5 remastered. I wonder if those of us who bought the PSN version will get a discount upgrade.

UPDATE: No word on a discount, but PS3 and XBox 360 players can migrate their saves to PS4.

There’s a buzzard in the beginning–which is how clean my bones would feel if I was one of the people who spent 30 bucks on the “demo” and then had to drop another 60 on the full game.

I also assume the writing is still terrible?

Don’t really care about a Ratchet and Clank movie, but I’m obviously excited about the Last of Us remaster.

I missed some stuff about Vib Ribbon and now Mortal Kombat is smashing what little I did hear about it into a pulp.

If they don’t release a Sackboy that you can gut the stuffing out of, I refuse to buy this.

I think he paused expecting a huge roar at “1,000 games available at launch” but it didn’t happen.

Still, Playstation TV for 100 bucks is a pretty good deal if you have a reliable high-speed connection.

Remote play, PS Now, Vita. I sort of glazed over.

A look at the free-to-play stuff coming to PSN. It certainly runs the table, from puzzle games, to RPGs, to shooters, to music games. Someone can find at least one free game they’ll want to play, and might already have one sitting in the playstation store waiting on them right now.

The offerings are across all three platforms.

Of note: You can’t say “Free to play is free to play” when the slide everyone sees tells you, “some of this shit ain’t free.”

Just a quick note, I thought LittleBigPlanet 3 was a new Media Molecule title, but it’s actually being developed by Sumo Digital. Thanks to Jeff Posey @morehashtags on twitter for the tip.

A little swipe at Microsoft and its shrinking support for Kinect.

Plus, some stuff about Morpheus–which is in the E3 booth. I really hope Morpheus is awesome.

No Man’s Sky looks pretty great, especially when you consider the crap that team went through this year due to a natural disaster.

Oh, so we’re going from Suda-51’s exclusive title “Crazy Fuck Riot” to the follow-up to Journey?

Nothing manic about that.

Here comes that DoubleFine announcement. I predicted it. I can’t believe I predicted this. I am a national treasure.

Saddest Magika wizard turned cat-lady. Now my friend Zak can murder me in Magika on a whole new console.

Magika 2 with totally not vampires.

Dead Island 2 is a huge announcement for me. I was just hassling a friend of mine about Dead Island 2 this week and she didn’t give me any hint that it was coming.

Wow. The Co-Op portions of FarCry 4? Free for your friends. You can invite your friends to join you even if they don’t own FarCry 4. So that makes my previous wish even more viable.

So far, Sony is winning the day, and they’ve barely gotten started.

The co-op trend in gaming is exciting for me. I hate competitive multiplayer, but I LOVE cooperative multiplayer. The more of that in my life, the more time I’ll spend talking to my in-laws.

Interesting that we’re getting gameplay footage of FarCry 4 during the Sony presser, when we only got a cut scene at Ubisoft’s own press conference. Clearly that was probably part of the arrangement for the day.

Bloodborne is gruesome looking. I don’t know what’s happening with the gameplay though, so I once again remind conference folk: show me gameplay or leave me alone. It’s the gamer equivalent of pics or it didn’t happen.

I just squealed loudly when I saw the Little Big Planet 3 reveal. I’d predicted this, but then Media Molecule reported that they weren’t showing anything this year, so I didn’t get hyped up.

Also of note: Infamous Second Son DLC following the Black Flag/Liberty City Stories model and allowing players to play the DLC with or without the full game. Cool.

Entwined is available right now for 9.99 and it’s cross-buy. This might be the first game of the day that included a day-one reveal-to-market moment.

We’re used to seeing companies like Microsoft or Sony reveal new console models and day-of deals, but today hadn’t had anything like that until Entwined.

That might be more interesting than the game itself.

An indie developer made up of recent graduates of two game design programs making a game that looks like ThatGameCompany made it–proving that university graduates only know how to make games like this.

I missed a lot of the Destiny stuff hoping for the UStream. feed to clear up. It didn’t, so I’ve moved to YouTube. So far so good–Unless you’re UStream.

Opening cinematic trailer for Destiny. I assume this because the narrator leaned on the word “destiny” so hard that he nearly broke its scaffolding.

Also, that sounds like John De Lancie in that companion cube.

The press conference should start any moment now. The lack of Jack Tretton this year already makes 2013 a tough act to follow for Sony. Plus, it’s just gonna be weird.

DoubleFine’s Justin Bailey just made the following tweet, which can probably give us SOME clue about what to expect tonight.

I also encourage PS4 owners to check out the PS4 E3 app. It’s an interesting idea, and I’ll be exploring it while I wait for the conference to start.

Greg Rice got into the DoubleFine fun just a moment ago:

Meanwhile, Tim Schaefer posted that he’s “Really excited about reconnecting with old friends at E3,” and Justin Bailey retweeted my guess that they’re about to announce something big.

I’m now crossing my fingers for a sequel to something like Psychonauts or the discovery that they somehow got the rights to Grim Fandango.

This is the closest thing I’ve ever done to real journalism and now I’m exhausted.