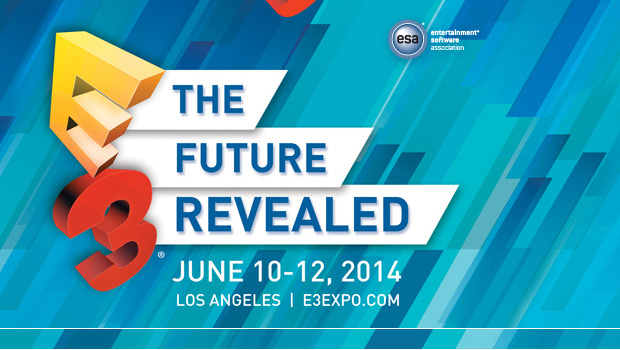 That’s it for the Microsoft E3 press conference. I’d love to hear how you felt about the show, so interact with me on twitter @themadspin.

(The most recent post appears at the top (with a helpful timestamp), while the oldest post is continually pushed down, down, down into lonely oblivion.)

Phil Spencer is back to close out the conference. So far there has been almost no new IP and maybe three references to Kinect (which wasn’t even on the stage during Alex’s segment). Looks like they’re closing the show with B-Roll footage of the same games we’ve already seen. I was hoping for an Apple Style “one last thing” but right now it doesn’t look like it.

Just a lot of Nintendo styled announcements that they’re bringing back a bunch of old games/characters.

I’d love to hear how Xbox Fans feel about this conference.

Hey, a return to Pacific City. I loved Crackdown. Didn’t really enjoy Crackdown 2 as much–but Saints Row 4 proves that type of game is a lot of fun. If they don’t plop us into the same city for a third time, I think it’ll be a terrific title. See, I’m not always cynical.

It’s called Scalebound. Clearly a pun. I’m not sure exactly why I should care about it. If you show me a new IP without any actual gameplay, I tune out.

Ryan Barnard from Massive to talk about how many more times he plans to delay The Division.

Kidding, the footage still looks great, I still want to play it. I’m angry because I want it.

As a guy with two high-end PCs (including my Alienware workstation that I’m working from right now), this entire section of the Microsoft conference is fun, but not really useful. I’m going to play Massive Chalice, Tomb Raider and Witcher 3 on my PC, regardless of console availability.

With the development tools for Witcher 3, there’s no way I’d buy a console version.

That doesn’t mean this footage isn’t fun. It looks fantastic.

I see they’re bringing Massive Chalice to XBox One. I hope it’s also coming to PS4. Oh look, a backer email telling me more information AS I’m typing this.

A new IP from Playdead. Looks pretty cool. You can tell these guys made Limbo.

As they clumsily hinted at during the pre-show, we’re getting new Halo that’s made out of old Halo.

We also found out that the Halo team has an dissociative identity disorder.

This 2D game looks like something made with UbiArt, but it’s apparently not. I’m slightly piqued. I missed the title, so I crowd sourced the information: Ori and the Blind Forest. Looks nice.

Now we’re watching Halo footage. We’re also listening to the sweet and sexy voice of Keith David. Great if you’re into that.

Project Spark looks pretty cool, and I’m glad to know it’s coming to the PC. I can’t imagine that it’s going to be a lot of fun building with a control pad.

Plus, I’m a pretty big Conker nerd–so that reveal may or may not turn into something exciting for me.

A multiplayer Fable game–not just co-op, but also a sort of Tecmo’s Deception sort of thing, where the player can step into the role of villain and set up traps and enemies to challenge other players.

The game looks pretty good too. The leaves are very leaf-like.

Alex is the first person to mention Kinect at all today and we’re nearly 40 minutes in.

By the way, I was partially wrong–the game doesn’t look like a traditional shooter at all. It looks very much like the gameplay from Infamous 1 and 2, but with a giant paint bucket.

Oh, thank god. It’d been several minutes since a guy in military camo fired a weapon at something.

Ok, everybody shut the hell up. This is clearly Dragon Age, and I won’t listen to anyone about anything for the next few minutes.

I love Assassin’s Creed, and so does my wife. The chance to play with her is something that might actually be exciting. The footage looks cool–but I imagine we’ll talk more about this during the Ubisoft conference at 2:30 PST.

When I saw: From the Makers of Left 4 Dead, someone finally had my attention. Once I saw it was just another shooter, they lost it again.

Footage of the new Forza game looks a lot like a Cinemax late-night movie. Also, I’m calling off the Drivatar drinking game. I think I’m four shots in already and I still have a lot of sitting here typing stuff to do.

First use of the word “Drivatar”. Everybody drink.

We’re still watching the CoD gameplay stuff. Biggest news seems to be that all DLC is headed to Microsoft consoles first. Snark aside, I’m enjoying the verticality. There’s not much of it so far, but it’s still far more than we’ve seen in a Call of Duty game in a decade. Sadly, the video ends with a very familiar “shocking death and injury” moment. They’ve been trying for years to recapture the poignance of that nuke scene from Call of Duty 4.

Phil Spencer looks so much like every generic hero from the PS3/XBox 360 era. I think he’s cosplaying right now. So far he’s talking about games as a growing and evolving industry. Now he’s throwing it to Call of Duty as the show opener. It’s like we’re still in 2004.

Starting now I’ll simply use E3 California time to save myself some hassle. The Microsoft presser is about to start. I’ll bet we hear a lot about how Kinect isn’t dead, it’s just sleeping.

Ah, the joys of effortlessly pretending they didn’t rehearse all of this stuff and that Larry is spoiling stuff. If he smugly asks “are you gonna be on the show floor revealing this thing, wink, wink” too many more times, I’m just gonna take a nap during the press conference.

I don’t get all of my predictions right–but we get our first sighting of the #myfavoritegame campaign I predicted earlier.

Alex Rigopulos (Harmonix CEO) had to grit his way through that interview with Larry without mentioning that Microsoft boned them with the Kinect decoupling. Great restraint.

According to this countdown we’re about 20 seconds until pre-show starts. The Mayans thought of everything.

Oh, what’s the opposite of reverent? That’s what most of this will be.

Microsoft is about to start their own pre-show coverage. This is often a collection of trailers and interviews. I’d guess we see some version of the “what’s your favorite game” campaign the X-Box team has been circulating on social media this week.