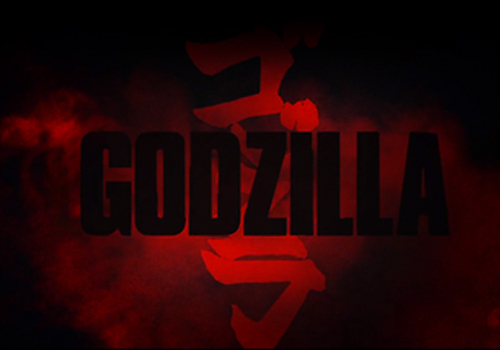 This movie is going to knock it out of the freaking park.
Hot on the heels of Legendary and Warner Bros. releasing the SDCC teaser officially, which we’ve already covered, we finally get an official trailer and while it’s light on information, it’s thick with dread. Take a look!

The trailer opens with a fantastic quick cut sequence of a platoon of soldiers performing a HALO jump (High Altitude Low Opening) into a ruined city. The air is clogged with stormy black clouds and as they fall, they breach the storm to get a shot of the city. The city is ablaze and shifting amongst the dust and debris is a familiar shape.
Just like the teaser, the lack of sound in this trailer really sells a desolate atmosphere  and you see a lot of it either in wide shots or first person, highlighting the smallness of humanity in the face of the colossal kaiju.

We get our first look at the human protagonists of the movie, namely Lieutenant Ford, the Brody family and Dr. Serizawa.  Ford is played by Kick-Ass star Aaron Taylor-Johnston (He will also be playing Quicksilver in Avengers: Age of Ultron). Bryan Cranston is Joe Brody, alongside Elizabeth Olsen (sister to the Olsen Twins and Scarlett Witch in Avengers: Age of Ultron) who will be playing his daughter, Elle, and Ford’s girlfriend.

Wait, not only are Quicksilver and Scarlett Witch in this movie, but they’re dating? Ewwwww. This is some Ultimates incest-y nonsense *shudder* And rounding out the main cast is the Demon’s Head himself, Ken Watanabe! With a cast like this, it blows the 1998 effort out of the water.

Return of The King

There’s a couple reused shots from the teaser, including the money shot of our hero himself but its a fantastic shot so I’ll let it slide.

The trailer gives us a little more of the humans and their place in this movie but ultimately, we’re all waiting for the knockdown, drag-out slobberknocker of a trailer showing us the villain kaiju Godzilla will be fighting. Apart from that, a fantastic trailer and I’m hyped for May 2014!