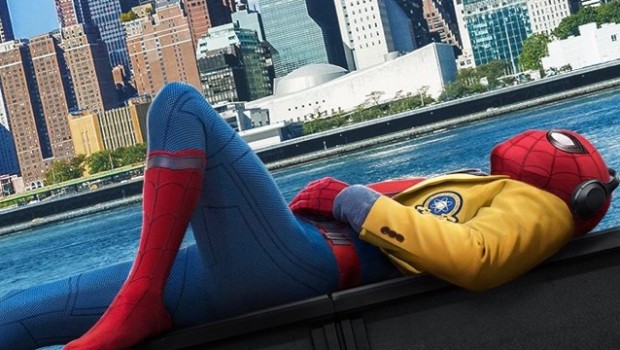 Hey guys. It’s me. Aaron. I’m here to talk to you today about a subject painfully close to my heart. A little like shrapnel in Tony Stark’s chest. That subject is Peter Parker.

Marvel just released its second trailer for Spider-Man: Homecoming. A title so wink-wink nudge-nudge that you would swear Deadpool was explaining the joke to you through the fourth wall.

I don’t understand this relationship at all. Tony Stark gave this kid a crazy special suit to go fight crime and then tells him not to fight crime with it. He takes the kid half-way around the world to beat up Captain America but tells him that stopping guys with guns or saving a ship is out of his league. WHAT?! That makes no god damn sense.

– Are You Trying To Seduce Him?

Why does it look like Aunt May is going to “Mrs Robinson” Peter? Maybe I’ve been watching too much Riverdale on Netflix but this looks sexual. And who decided Aunt May needed to be younger and hot? Like, what does that achieve apart from continuing Hollywood’s dismissal of older women in its movies?

What version of The Vulture is this? “I’ll do anything to protect my family”, what? Is this Hawkeye all over again, when a character is given a family just so that we can relate to him? The Jury is out on this villain.

Oh goody, looks like they found a way for Spider-Man not to have a mask on for the entirety of the final battle. Yay.

OVERALL: I am so disappointed by this trailer. It gives away pretty much the whole plot of the movie and shows us that Marvel haven’t really learned from the mistakes of Sony in adapting Spider-Man to the big screen. Weird changes to the source-material and an over-reliance on “star” power means this is looking to be nothing but a standard Hollywood film. I hope I’m proven wrong but this trailer was trash.