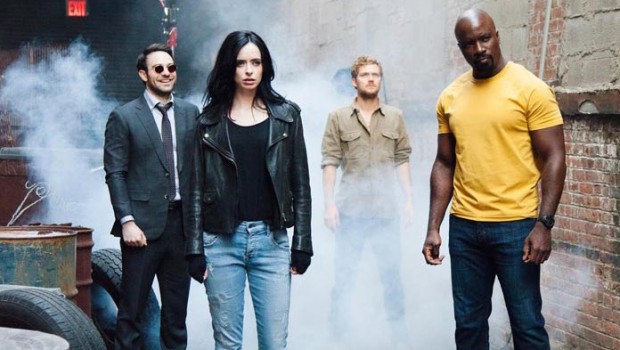 Despite a pretty poor return from Iron Fist, the Marvel/Netflix experiment has been a huge success. Extra series’ have been added, Punisher gets its own unexpected show. Luke Cage and Jessica Jones both garnered massively positive reviews. Now it’s time for the payoff. Netflix’s own Avengers, The Defenders.

– You Retain The Right To Party

It’s interesting that so much of the set-up in the trailer is based around Jessica being in trouble. The story seems to be more Daredevil/Iron Fist centric with its villains. I wonder how she’ll be included. I don’t know if we’ll ever get the Heroes For Hire pairing of Danny & Luke that we all love but this is a pretty fun moment. – Orange Is The New… Wait

This is no flashback. The latest Power Man & Iron Fist comic dealt with Luke breaking into prison to get Danny out, I wonder if this will have a similar reasoning. No-one stays dead in the comics, but I am surprised Elektra returns in The Defenders. She is seen fighting our heroes in some quick clips of the trailer but then seen walking calmly behind them in the corridor scene too, so who knows. She is listed only as “Alexandra” on IMDB. I have no idea how she connects to everything. A head of The Hand? I don’t know. I’m in for it, though. If this isn’t a sly reference to The Avengers eating shawarma, then I’ll eat my hat. Also, how awful is Finn Jones? He delivers this line like a high school theatre actor. OVERALL: Problems with Finn Jones aside, this looks great. I’m excited, I don’t know an awful lot, and I know it will be out in August. Everything a trailer needs to do, really.