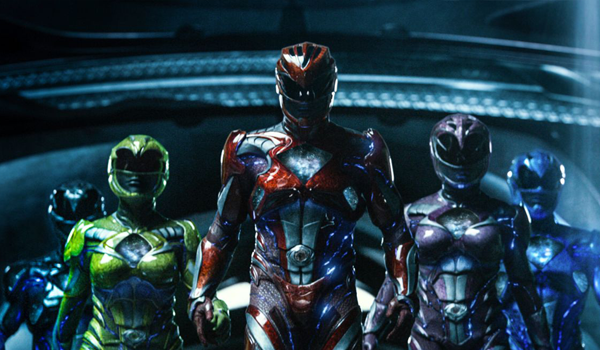 When the original trailer for Lionsgate’s Power Rangers debuted, I was all set to write up a TMB article for it but then it turned out to be nothing, really. Not spectacular but it had a bit of young adult adaptation about it (à la Hunger Games, Divergent, Chronicle, etc) and the following slew of toy reveals were not helping the image of the movie at all but as the release date creeped closer and no new trailer, expectant fans were growing even more concerned about the movie. Now, with just 9 weeks until theatrical release, a second trailer finally emerges so let’s see what we can expect…

Wow. Okay, that wasn’t terrible! I think everyone assumed that this was going to be a shit-show but that trailer was pretty cool! I don’t even mind the use of Kanye West’s Power, even if Saints Row did it first and better.

The first trailer showed a lot more of the cast doing their thing in a desaturated Breakfast Club kind-of way but we got some revealing snippets of dialogue that give some insight to the personalities and I’m on board with a bunch of snarky gits taking the piss out of each other during training sessions.

Bryan Cranston was announced early doors as the Rangers’ blue-domed mentor and this is his first appearance. I like it! It’s different but it looks damn cool and Cranston (who is no stranger to the Power Rangers franchise) gives a powerful delivery to the lines we hear. Assisting Zordon, we have Bill Hader (of Saturday Night Live fame) as Alpha 5 and much like everything else in the trailer, looks better in motion than in concept art or toy form.

The teaser trailer was light on suit action but we get plenty in this one as we see Jason assisting a helpless civilian from some rubble and Billy delivering some devastating kicks to a Putty monster. The suits look sooooo much better in motion than I’d expected.

From her initial reveal to now, I’ve been in love with Elizabeth Banks as Rita Repulsa. She exudes an aura of wickedness and power and we get to see plenty of that with this trailer. Speculation at this moment points toward her being the Green Ranger at some point and I would be totally down for that but given her more hands-on approach to world conquering and her line from the teaser “I’ve killed Rangers before“, she may not need the power boost.

Oh boy, the Bandai toys did not do these mechs justice. They look great in motion for what is sure to be the climax of the film. Hell, even Goldar looks good in spite of his terrible toy design. We can only hope the filmmakers took a few cues from Pacific Rim when it came to the final kaiju fight.

My final thoughts on this trailer are really positive! I was going to give the movie the benefit of the doubt despite all of the associated media giving me cause for concern but I think, come March 24th, we’re going to see a truly morphenomenal movie!