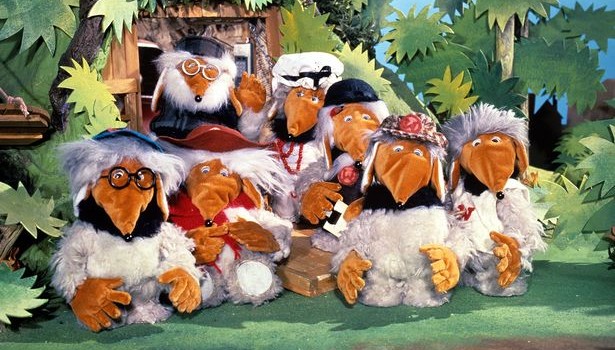 For this week’s They Don’t Make Them Like They Used To I thought I’d go back to Wimbledon Common and highlight their most famous residents, The Wombles.

The Wombles is based on a series of books from the 1960s about little creatures who live underground and recycle rubbish that they find in the surrounding areas for their homes and contraptions. Uncle Bulgaria is the patriarch of The Wombles and is joined by the likes of Madame Cholet, Bungo, and Orinoco. It wasn’t long before the books were turned into a stop motion TV show narrated by Bernard Cribbins (that’s right Doctor Who fans, Donna Noble’s Granddad).

The episodes were quite short, only 5 minutes long, but the theme tune is quite memorable due in no small part to the massive popularity of the show and it’s surprising impact on pop culture. Here is a full episode you can watch. Blink, and you’ll miss the one verse theme tune.

You can watch (what looks to be all their episodes) on the Wombles official youtube channel.

The show somehow hit the zeitgeist of the 70s as the movement towards recycling was just starting. It also seemed to hit Britain in the midst of a long period of novelty pop records. We spoke about TV show theme tunes entering the charts in the Minder article and The Wombles is no different. In fact, The Wombles went a step further and had a number of different songs in the charts. Here is arguably their biggest hit “Remember You’re a Womble”.

The footage in the following video isn’t great but it’s worth including for the bizarreness of it all. When Britain hosted the Eurovision in 1974, during the intermission for voting, they introduced The Wombles to the rest of Europe. I love it, if for no other reason than the poor presenter who had to translate The Wombles into French.

They haven’t gone away either. The Wombles played Glastonbury as recently as 2011. We’ll never be able to forget that we’re a Womble now…