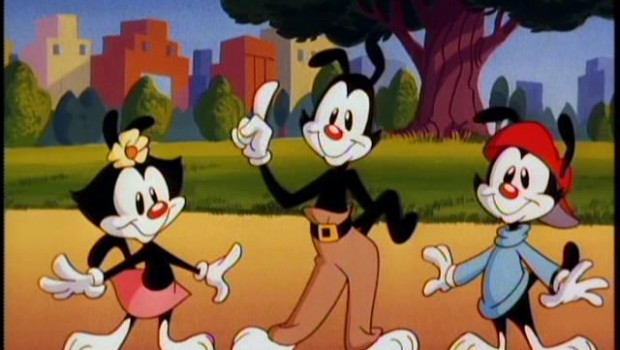 When I acted in my first play a couple years ago, during the dressing room discussions before each show we would get energised by singing some songs and generally acting the eejit. Naturally enough, the songs that connected with the most amount of cast were often TV show themes. I can’t remember who started it (probably me) but we eventually ended up upon the brilliance of Animaniacs.

The fast-paced, manic, fourth wall breaking intro was the perfect introduction to what the show was actually like. I won’t even try to describe all the amazing levels of awesomeness to Animaniacs as it will be self evident to anyone who watches a single episode. I haven’t watched an episode myself for a solid ten years at least, but somehow during this back-stage sing-a-long I found myself reciting two verses as if my body was possessed by the Warner Brothers themselves. Strangely, it was only the second and last verses that I had unconsciously memorized but nevertheless I won the hearts and minds of absolutely nobody during my rendition.

See how much you remember before playing the video. You may also surprise yourself.