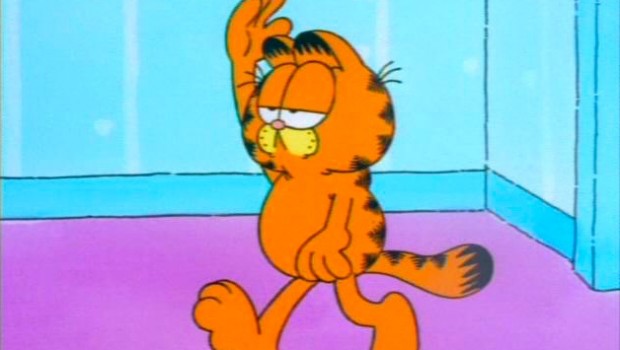 This is one I’ve been planning to cover for a long time. I sing this to myself far more than a man of my age should. I recognize that there was more than one intro song for the show but this is the one that always stuck with me.

Garfield and Friends as a show was split into two halves. There would be stories from the eponymous cat but also from Orson’s Farm (which, I’m just finding out now was a strip called U.S. Acres in America… huh) and the title sequence represented that beautifully by having the two teams battle it out for the attention of you, the viewer.

The lyrics and visuals perfectly compliment each other. The fast pace and manic scene changes also give an insight to the type of anarchic humour in the show, which would often break the 4th wall. Plus, you can’t beat an old-timey radio announcer introduction.

The show itself totally holds up today despite it now being 20 years old (20? Holy fuck I’m old). There are a lot of cheesy jokes but it’s mixed in with a knowing wink and nod from writers who were really writing for a wide age demographic. G&F doesn’t really feel like a show aimed at kids, despite it’s habit of giving a life lesson on a regular basis.

Take for example, the character Sheldon: 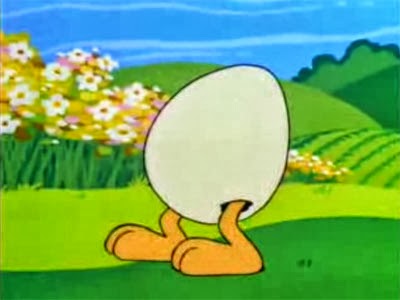 Sheldon is the twin brother of the chicken Booker but he decided the moment he was hatched that he didn’t like the outside world so he chose to stay in his shell. It’s a funny visual but it’s also a wonderful representation of people who are naturally shy, withdrawn, and put up a barrier to the outside world. Add to that the premise that he had all sorts of impossible things inside the shell (it acted very much like a TARDIS where he has rooms and possessions inside) and you get the idea of how much fun the writers were having.