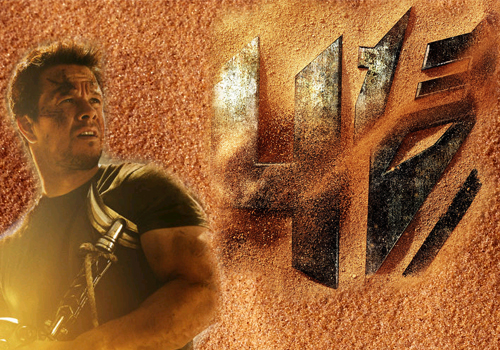 One of my first Tease Me, Baby! articles was for Transformers: Dark of the Moon and oh what a difference hindsight makes. I paid to see every live-action Transformers movie in the cinema and I deeply regret it. They were okay movies except for Revenge of The Fallen, but I just can’t stomach to watch them again. I got my hopes up every time only for them to be dull as dishwater and with great installments of the franchise since (Such as the animated Transformers: Prime and IDW’s More Than Meets the Eye comic book) the idea of MORE Bayformers leaves me decidedly un-hyped. But I covered the last one so it falls to me to review this formulaic, trope-y nonsense. Here’s the trailer:

If nothing else, this movie might just be watchable because of Mark Wahlberg. He’s a damn fine actor and his character name is Cade Yaeger, which is the most awesome protagonist name since Bolt Vanderhuge. His character is a widowed father and a struggling inventor, which instantly makes him a 100 times more interesting than the stuttering plagerist, Shia LeBeouf.

American flag! Take a drink! This is Nicola Peltz, our designated totty for the movie. She’s Cade’s daughter and dates another character played by Jack Reynor and that is all anyone knows about her. NEXT!

“My name is Leonard Church and you will fear my LASER FACE!”

This is Lockdown, Decepticon bounty hunter and licensed gun-face owner. That’s so stupid that I actually kind of like it.

So, yeah, a new Bayformers trilogy begins here and I’m about as apathetic as you can get. You can expect to see Transformers: Age of Extinction in cinemas from June 27th 2014.