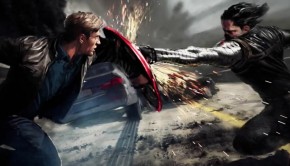 The Drive In Of DOOM!- Fantastic Four

Hello and welcome back to DOOM!’s exploration of the Comic Book film genre hosted by Aaron Poole and JJ Hawkins. This month we We take a look at Tim […