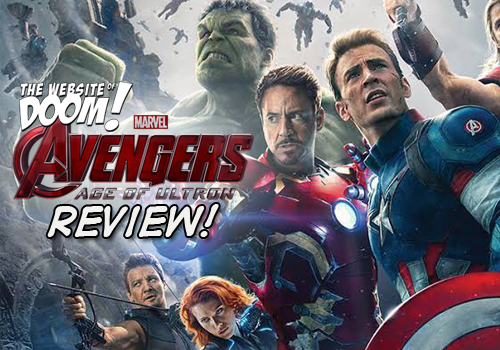 Of course you will, it’s the god damn AVENGERS. So where do I even begin with my review of this 141 minute goliath? How best to express my experience of this cinematic colossus? Simple.

This was probably the most fun I’ve had at a movie in my 27 years of living on this Earth. That isn’t hyperbole, that’s how I feel right now. I’m still not done comprehending what I just watched but it is the culmination of 7 years and 11 movies worth of build-up and it lives up to every bit of hype you might imagine for that.

I’m going to avoid MAJOR spoilers for my American friends, since we in the UK had the good fortune to receive this movie a full week before them so here goes:

You know all those cool snow battle scenes in the trailers? The ones you’d assume are from the climax or, at the very least, the second act. Nope, that’s your first ten minutes. Yeah, let that sink in. It came as a real surprise to me and my friend when right off the bat, we get to see what the Avengers do best and it’s amazing to see. This is a team that hasn’t spent the last three years sitting on their hands, they’ve been busy going on raids against HYDRA and the team’s banter and cohesion as a unit is just glorious to behold.

On the acting front, all the actors are on their toppest of top forms. I could not think of a single line or performance that let me down or held up to (and sometimes surpassed) my expectations. Some stuff bears mentioning specifically though:

James Spader takes on the momentous task of taking Ultron and making him… Real. And I was very surprised by his portrayal. I’ve never had a definitive voice or speech mannerism for Ultron but Spader makes the character glow with charm, wit, intelligence and, most of all, menace. He does a fantastic job of portraying what is, essentially, a gestalt entity but also give it a unique voice all its own.

The Maximoff twins are pretty likeable, even as the antagonists for the early part of the movie. The elephant in the room is obviously whether or not this Quicksilver is better than X-Men: Days of Future Past’s version. Short answer; no. Long answer; Aaron Taylor-Johnson plays a far more mature and damaged Pietro and is not predisposed towards shenanigans but he can be a joker, balancing both attitudes pretty well but he’s not the impish trickster that Evan Peters portrayed and actually comes off better for it in some scenes. Scarlet Witch is perfectly fine, Elizabeth Olsen puts in a pitch-perfect portrayal of the hex-wielding Avenger. She really earns her stripes.

And finally, Paul Bettany as The Vision. Our JARVIS turned Synthezoid Avenger makes for a nice counterpoint to Spader’s Ultron, which is obviously the intention but it’s so much better than I thought. I also adore the way Vision proves his intentions to the team. It’s a fantastic little moment.

The Hulk vs. Hulkbuster scene is just as awe-inspiring as you’d expect and even finds time to throw in some witty one-liners (from Stark, natch). It’s a knockout brawl through a city and I had a smile through the entire thing.

If there’s anything negative thing to say, there’s one thing that NEEDED to happen in this movie and Whedon knew that, only to purposely leave you blue-balled; but it’s masterfully done so I can’t stay mad because it made me laugh.

Overall, my opinion doesn’t matter because you’re going to go see the movie. Of course you are, it’s The Avengers but more-so and I can guarantee that you will leave the theatre thoroughly satisfied.