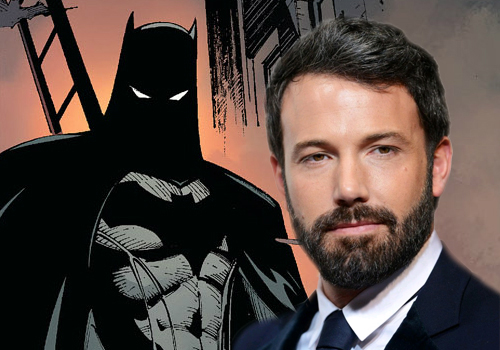 The internet exploded with buzz today as The Hollywood Reporter and other news sources announced who would be playing the role of Batman in the upcoming, but as of yet untitled, Batman/Superman movie. The next man to throw on the cape and cowl is none other than Ben Affleck. The reaction has run the gamut across the internet but the most vocal are the nay-sayers, naturally. These are no doubt the same people who said Heath Ledger wouldn’t be a good Joker, or Chris Evans a good Captain America. But personally, I think Affleck is a fine choice. He knows the lore, he’s got good acting chops and he’s no stranger to putting on tights, having played both Daredevil and George Reeves in Hollywoodland. But don’t take just my word for it, take a look at these dazzling testimonials from other DOOM staff members!

Colin Hill: “I take it all back, this movie is gonna be tits! Best. Casting. Ever!”

JJ Hawkins: “Do not misunderestimate the Affleck! He has the chops and will do just fine. However, it still does not mean Zack Snyder will not continue to screw the pooch with the second movie.”

Aaron Fever: “If you’re not excited about Bat Affleck then we can’t be friends.”

Colin Hall-Williams: “I’m not sure which is worse; fan rage over Ben Affleck being cast as Batman, the counter-twattery of people telling fans not to have an opinion until the film’s released, or me negatively commenting on both of the above!”

They also announced the date for the movie so you can expect to see Henry Cavill and Ben Affleck on screen July 17, 2015! What do you guy think? Are you hyped or horrified?