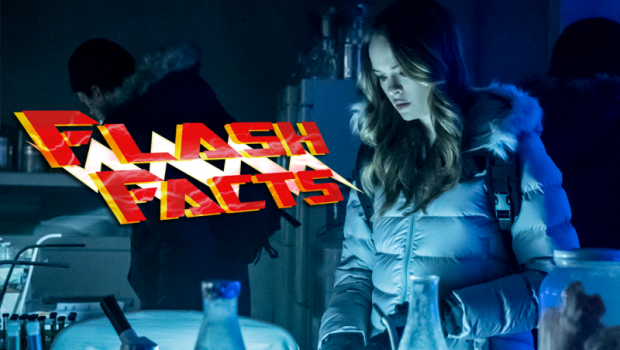 A chilling episode to match the weather!

Seriously, it’s cold as balls right now and this review is brought to you in association with flu, insomnia, and stress! The Icicle Cometh finally solves the mystery of what happened to Caitlin’s father and it’s just an okay kind of episode.

Now having access to the DeVoe’s satellites, it makes sense that they wouldn’t waste time trying to find Thomas Snow and they don’t, finding him stupidly easily. Makes sense but at the same time… It’s too easy and thankfully the episode plays that up as part of Thomas’s, or should I say Icicle’s, master plan to get Caitlin’s blood to solidify the Icicle personality.

Flash Fact: Alarm bells should have rung with the audience at the mention of not only Harrison Wells, but also Louise Lincoln and Victor Fries, both notorious ice villains in the DCU; Killer Frost II and Mr Freeze, respectively.

While Team OG Flash seeks out Thomas, Ralph and Cecile are hunting down the names of people in the vicinity of the satellite’s dark matter core in order to find Cicada’s real identity. It’s a fun little diversion from the plot because both Ralph and Cecile are great for comic relief.

Iris, Nora, and Sherloque attempt to locate the dark matter core itself and find it. That’s all it is. The one funny moment being when Nora future-swears and apologises to Iris for her language. It’s great that all it took for Iris to gain Nora’s trust and affection was for Iris to swan dive off a building.

Back with Icicle’s plan exposed, the team all rally to try and stop him but all are overwhelmed by the immense cold, save for Caitlin. As Icicle reaches up to his neck with the injector, a blast of cold hits him and Caitlin is replaced by the killer queen herself. And despite Icicle’s protestations, Frost sides with her true family and attacks, driving him off.

While her reappearance is a good sign, it’s not a full fix and using a telepathic booster, Caitlin and Frost are able to talk to each other for the first time, mind to mind.

Cicada makes a small appearance in the show, killing a new meta called Razorsharp who seemingly attacked someone in the hospital where Cicada’s doctor works. I assume this is the writers attempt to make him seem justified in attacking metas, by having the Doctor not outright condemn him.

Overall, this is an okay episode that probably could have used a little more pathos for Caitlin and a little less fucking about with Iris and Nora. We’ll no doubt see Icicle again later in the season but next week the weather’s going to get worse with a pair of malicious meteorological mages in O Come, All Ye Thankful.