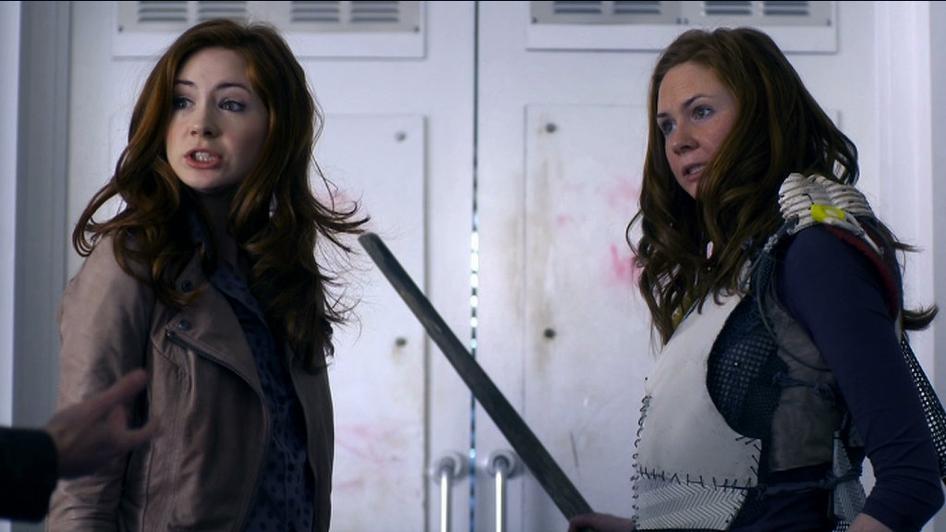 Review: Doctor Who – The Girl Who Waited

What kind of lazy-tongued companions can’t pronounce Apalapucia? It’s not like it’s Raxacoricofallapatorius! Welcome, dear readers to another “No, you’re a TARDIS!”

While last week’s episode was decidedly a companion-lite episode, this weeks episode, , is definitely a Doctor-lite episode, with Amy and Rory taking centre-stage!

Amy is trapped in a quarantine facility for victims of an alien plague on Apalapucia – a plague that can kill the Doctor in a day. The Doctor can use the TARDIS to smash through time and break in, but then Rory is on his own. He must find Amy and bring her back to the TARDIS before the alien doctors can administer their deadly medicine. Rory is about to encounter a very different side to his wife. Can he rescue Amy before she is killed by kindness?

This is a damn strong episode and one of the best of the series. With the Doctor mostly taken out of the equation, we get an episode full of wibbley-wobbley-timey-wimey adventure and a great examination of Rory and Amy’s relationship. If this episode proves anything it’s that Arthur Darvill and Karen Gillan are easily the best companions of the revived series, second only to Donna Noble as strong characters. No offence to Billie Piper or Freema Agyeman but they really couldn’t pull off episodes like this. The main conflict of the episode is an internal one. Does Rory choose to save the Amy of his time, or the Amy from 36 years in the future? It poses an interesting moral quandary and Future Amy’s resistance to help Rory save her younger self is understandable. She’s become smarter, stronger and immensely resentful of the Doctor in her 36 years of solitary survival and knows that she will die if the other is saved. And while Rory wrestles with his conscience and the Doctor proves how big a bastard he can be sometimes, we get some of the most heartbreaking dialogue in Doctor Who history. If I had any complaints about this episode, they would only be minor things such as the utterly generic robots (which aren’t there to steal the show, so I can let that slide.) and Future Amy’s make-up. While it is an amazing job for most of the episode, there are a couple of shots where her cheeks are very red while the area around her mouth provides a large noticeable ring of pale skin, making her look like Lion-O from Thundercats.

It’s a strong episode with a very interesting premise. Everyone brings their A-Game and the result is a fun and emotional episode.

Tags: article, Doctor Who, TARDIS, television, the girl who waited