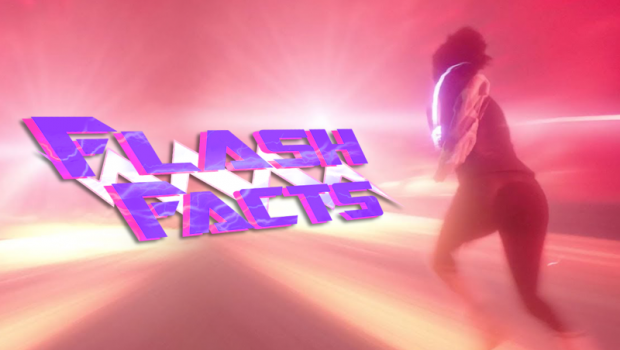 Season 5 of The Flash has been a real slog. Last season wasted a lot of time but I was still mostly invested but this one really struggled to engage me outside of a few episodes and I can comfortably say there was maybe five truly great episodes out of this twenty-two episode run and that’s pretty shocking. I’ll get to my final thoughts on the season as a whole later, but for now let’s talk about some highlights of this episode.

They actually explain the time travel shenanigans and I’ll admit that I was being pretty stupid not to figure out something so simple. It totally makes sense for Thawne to play the longest game to get himself out of prison, very Machiavellian, as he was in season one!

Hell, his whole escape is just wonderful, we haven’t seen some good villain speedster kills since… season two of Legends? Geez, that was a while ago… Yeah, they walked it back but it was still kinda satisfying to see Thawne turn the tables on his sadist warden.

Thawne double-teaming Barry and Nora solo is a great way to establish how much of a threat he is, even to two West-Allen speedsters but then seeing Team Flash kick the absolute shit out of Thawne was a brilliant tables turn moment too. He even had nice things to say to everyone! That’s the Thawne we love to hate!

I’m in two minds on Nora snapping; because on the one hand, her becoming a reluctant Reverse Flash would actually be interesting (even if this show couldn’t pull that off as it is) but her actions finally coming to bite her in the arse is really good.

All of this planning Thawne did and he still found a new way to mess with Barry because Nora’s whole mission lead to her being erased from the timeline! And Thawne just twisting the knife to echo the same kind of sentiment he did when he killed Cisco way back when is fantastic. Okay, okay, I’ve talked about Thawne enough, Tom Cavanagh killed it and we’ll, in his own words, see him next Crisis so onto the big huge moment of the show; Nora’s death.

It hits harder than a truck, honestly. For all the shit I’ve given to the show this season, the moments it does best are the ones that make Grant Gustin cry because for as much of a bell-end, that deserves everything he gets, Barry Allen is; it still hurts to watch him lose Nora. Candace too, to an extent, but it’s Grant that carries emotional moments like this and it’s sweet to see Nora truly learn from her father’s mistakes and pick “heroic sacrifice” over “stupid decision that will no doubt kill someone down the road.”

In the same vein of sad departures, after all the off-screen romancing of new girlfriend Kamilla, Cisco comes to the decision to not only reveal his double-life but to also take the meta-cure himself. It’s a very understated swansong to Carlos Valdez but, at the very least, it was a sweet scene between Cisco and the most important person to him there; Caitlin/Frost.

It’s sad but he leaves with a smile and a gift for his best girl(s). Cisco, seemingly, made a super-suit for Caitlin/Frost and they both seem to like it so we’ll probably see that next season.

We also get a great scene with Captain Singh, whose actor also appears to be leaving, as he hands over Captaincy to Joe and acknowledges that Barry is The Flash and he knew all along. Man, I’m going to miss Patrick Sabongui, he was always a great addition to any episode. In a montage during Nora’s farewell video she left in her diary, we also get a shot of Ralph getting back into the private eye game and picking up a case file with the name Dearborn. Hmmmm… Now that’s clearly foreshadowing for his one true love interest if ever I saw it…

And in the stinger; Gideon announces an incoming time flux and we see the infamous newspaper… change. With the year settling on 2019 and the rest of the date obscured, this is clearly foreshadowing the upcoming Crisis on Infinite Earths crossover and I can’t wait!

This season really took it out of me and while I’ve threatened it before, I’m following through now. Discounting the Crisis on Infinite Earths crossover, this will be the last season of The Flash I will be covering on Flash Facts. I feel the series has run it’s course and the production crew have shown a real unwillingness for major shake-ups and that’s lead to the show on the macro scale being stale and boring to me.

I had fun with certain episodes and there’s been a few great moments this season but it’s not nearly enough to justify my time watching anymore, let alone reviewing. Thanks for everyone who stuck with this column and I hope you’ll join me again later in the year when the skies turn red, when worlds will live and worlds will die…

But until then, just remember: