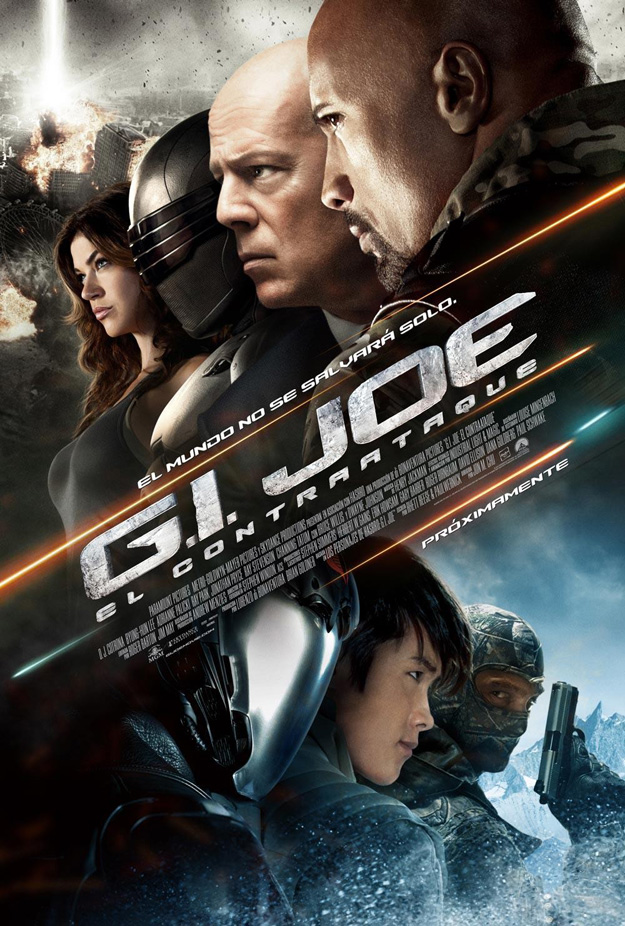 Remember when GI Joe: Retaliation was going to be a big fun summer romp earlier this year and then preceded to not happen? Yeah, it bummed me out too! This summer had some heavy competition so I could understand delaying ‘til around now to release it but a whole 9 months? No one wanted a 3D conversion and we certainly didn’t want more Channing Tatum but what can you do? That’s what we’re getting and we’re being forced to wait for it. Go back read the original TMB for the majority of my thoughts because this one will be looking at some of the new details coming from this trailer. Seriously, in a movie with Dwayne Johnson and Bruce Willis, who was clamouring for more of Tatum’s Duke? No one, but because he’s exploded in popularity with movies like 21 Jump Street and Magic Mike, they wanted to add more scenes and keep him alive instead of killing him with a snake through the heart. Wait, that’s how he was going to die in the ‘86 animated movie, before they changed THAT as well. They just can’t kill Duke! President Zartan, after calling for the death of the GI Joe team, installs Cobra as the new peace-keeping force, which is so ludicrous and blatantly evil that I have to applaud the writers for doing it. It’s 80’s cartoon evil and fits perfectly with the general theme of GI Joe. That’s what I loved about the original movie, it took the campiest aspects of the cartoon and played them straight and it results in a hilariously tongue-in-cheek watch and I hope that continues with this movie, which I think it will. Continuing the outlandish sci-fi weaponry of the first movie, we’re introduced to a satellite that can wipe out whole cities and President Zartan is more than willing to prove it as he takes out London. This takes the Paris sequence and dials it up to eleven. I love the dynamic between Johnson and Willis. I’d love to see this movie and it’s just these two trading quips throughout every action sequence. I especially love the scene in one of the previous trailers where they go to Willis’s house and he pulls a gun on them and makes a girl scout cookie quip. It’s so John McClane!