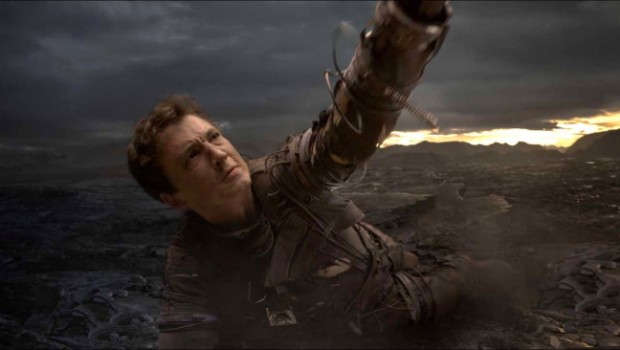 Jeez, these trailers are coming fast and furious right now! Ironically, none of them are for the Fast & Furious franchise.

We spoke about this in the last Fantastic Four TMB but this production seems to have a lot of the same problems akin to Batman V Superman: Lawn of Luck Spit in that it thinks being “dark” (both literally and figuratively, these movies look like they all take place at 2am) is cool and that to appeal to grown-ups they need to be super serious and boring.

But, this is Fantastic Four‘s second trailer so maybe they can shed some light (both literally and figuratively) on the movie and get doubters like myself onboard. Lets take a look.

Lots of people have talked about casting problems with this film. One of the only people who seemingly has been cast well is Michael B. Jordan as Johnny Storm. Both Miles Teller and Kate Mara are far too young and Jamie Bell as “the muscle”? Really? Come on guys.

I felt like I had to find at least one positive in the trailer. I like this moment of Reed Richards showing how uncool he is. There. That’s something, right?

– Our Lawyers Will Be In Touch

Here we get in to another terrible decision. Dr Doom was a villain in both previously released FF films. With the reboot so soon on the heels of those films it’s a bit tiresome to retread so much of the same material. Not only are we getting another origin story, something which movie-goers are really starting to get fed up with, but we get the same familiar bad guy too?

God he looks terrible, doesn’t he? Just really, really awful. I have nothing more enlightening or witty than that. They’ve made everyone’s favourite blue-eyed boy look like a child drew it. He even moves awkwardly.

Overall: Guys, seriously, I’m out. This looks like it could have been an interesting science fiction movie. It has some good ingredients in there but because they’ve made it a Fantastic Four film it automatically disqualifies itself from being good because Fox seem to have forgotten that if you’re making an adaptation of something you need to be respectful to the source material and this movie (admittedly based on only two trailers) looks anything but.