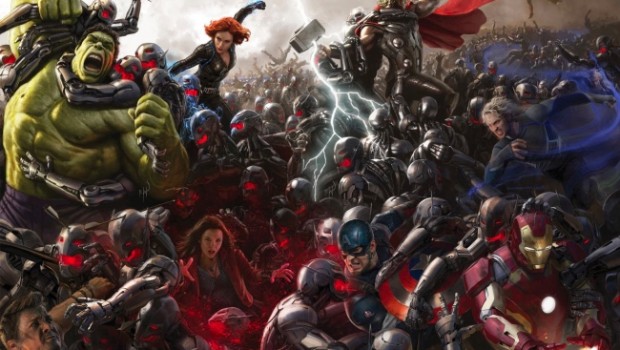 We skipped the second trailer for Avengers because it treaded very similar ground to the first one but this third trailer that dropped last night reveals a lot more and even gets into slightly spoilery territory.

We’re at the point now where I’d be insulting your intelligence if I tried to explain what Avengers is and how this movie came about like I normally would in this section. So lets just watch the trailer, yes?

Is anyone else getting a bit of a Doctor Doom vibe off the Ultron character and surrounding sets? Not that I’d complain about that, mind.

He also confirms a lot of what we suspected about the plot. He was created by Tony to take over from Iron Man (a logical expansion of Iron Man 3) but it all goes very wrong.

Like I said before, this trailer reveals much more plot than previous ones. For example, we kinda figure that Quicksilver and Scarlet Witch would fight against the Avengers before fighting with them and we see plenty of that in these two minutes but I found this shot interesting. It shows the team fighting with Wanda but Pietro is (seemingly) missing.

Does he possibly not join them? Is he slower to see the error of his ways? I’m fascinated to find out.

– I Can See Clearly Now…

Fiiiiiiiinally, we get a view of The Vision. Looking good!

Overall: The only worry Marvel has at this point is giving us too much so that they ruin it on us. This is the closest I think they should get now with revealing plot. We can even see in this trailer the crumbs that will lead us to their Civil War movies. We just need to watch the film now!