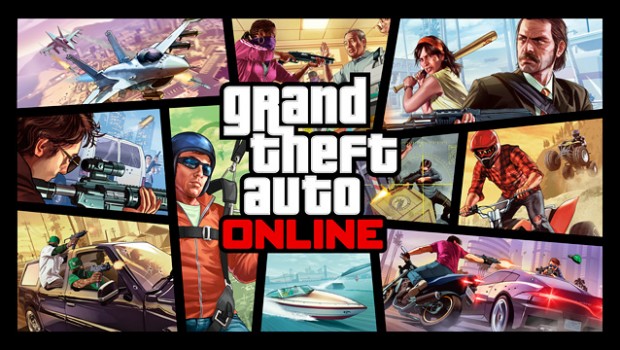 Look, I’m in no great hurry to become typecast as the Grand Theft Auto V guy, but if you’re paying attention, you’ve probably heard that Grand Theft Auto Online “launched” on October 1st. I put launched in quotes because, as is often the case with recent online launches, things started off with a whimper rather than all the bangs that GTA fans have come to expect. The whimpers, meanwhile, came en masse from twitter, facebook and talkback forums (all the places I visit all day instead of being a productive member of society).

I know that it’s frustrating when a game or feature that you’re excited about doesn’t work right out of the gate, and I know that it’s easy to feel cheated when developers launch something that winds up being unfinished. As someone who’s been on both the gamer side (Diablo III, World of Warcraft Expansions) and the developer side (a game I did in college called Deathball), I can tell you that both parties are frustrated. The difference, of course, is that the gamer side is grumpy and the developer side is panicking that they won’t get their project finished.

With Deathball, everything worked perfectly during testing, but we’d forgotten some networking code, so our game didn’t communicate properly peer-to-peer. Luckily we tested this the night before a milestone presentation, panicked, then our programmer spent a few hours repairing the problem. This isn’t an easy task, but it’s certainly simpler for a 5 on 5 game of robot soccer than it is for a game like GTA V, which sports over 15 million potential users.

So, my first bit of advice in situations like these is to be a little more patient. Obvious right?

Consider that if a 200 person development team playtested their game every day for 3 years, non-stop, that would equate to  1.75 million test hours. Now consider that if every single person who owns GTA V tried to sign-in to GTA Online during the first day. They’d need to spend only 15 minutes each to outdo that entire test cycle. Keep in mind, my man-hour estimate is based on a huge team dropping everything, and somehow mythically playing GTA V and GTA Online for 24 hours a day, three years in a row.

Usability just doesn’t get that kind of budget. Humans can’t function that way. Obviously, when the game is flooded with 15 million new minds to concoct insanity, to stress servers, and to throw different internet and system configurations at the game–yes, there will be a day one glitch. The game makers aren’t out to get you, they want their game to be amazing, and anyone who’s played games to this point ought to know better than to get snarky fifteen minutes into a new online experience.

The Other Side of the Coin:

I read a tweet this week from a gaming personality that said: “Can I just say: it is kinda bullshit that some gamers are giving Rockstar a pass on server issues but raked EA over the coals for Sim City.”

First of all, I don’t think GTA V is getting a free pass. I think there’s been a pretty remarkable level of “how dare they” in the winds when it comes to the rocky October 1st launch. But it is worth noting why GTA Online and Rockstar Games ought to get a free-er pass, at least when comparing them to games like Diablo III  or SimCity. Wisely, Blizzard removed the online-only requirements when Diablo III relaunched for consoles, so even if the PSN or XBLN crash, owners can still fire up a game with their friends or spouse at home, and continue earning new loot.

The same is true of GTA V and GTA Online. In fact, the “Online” part of Grand Theft Auto V was sort of a late discussion point. While online doesn’t function, GTA V still does. Many people pre ordered their copies of the game (either literally or emotionally) the moment they knew it existed. The online component for a GTA title has never been what moved that franchise to the top of the heap, so it’s a little irresponsible for anyone, especially a member of the media, to make such erstwhile analogies. We ought to do a BETTER job of offering context, not a more reckless one.

So, here’s the context you ought to take from this: GTA Online is an added feature for GTA V. Whether it works or not, you can still play GTA V‘s robust single player. Finally, and possibly most important, Rockstar warned people that they sold more copies that they’d dreamed of during the launch window. They told us all that the first day of GTA Online would be uneven, that they weren’t sure what kinds of problems they’d run into. They did their best to be transparent and manage gamers’ expectations. By the time you read this, they’ll likely have delivered their first major patch to the online experience.

None of this is to say that GTA Online will be a success, or that it will even be fun. My vote is still way out on that one. But, if or when we wind up hating GTA Online let’s do it because it isn’t very good, or because it costs too much in micro-transactions, or because our friends keep shooting up our hoopties. Let’s not hate it because we’ve misapplied “fair-is-fair.”