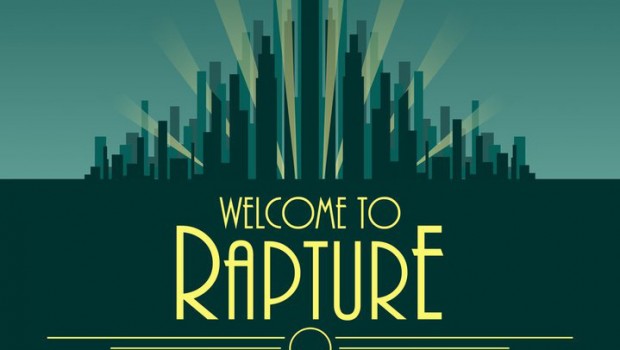 If Ken Levine ever heard the adage that you bury bad news in a busy cycle, he certainly didn’t adhere to it this week. Maybe you didn’t notice, but February isn’t a hotbed month for videogames. The big titles get pushed out the door for the holiday season, and companies ride that wave through January, as new systems get populated with new games. Then, in February, we crunch the numbers, lick our wounds, and wait.

In case you’re counting, the biggest titles of February so far are a graphically upgraded Tomb Raider title, a graphically upgraded Fable title, and a handful of DLC and episodic content. I’ll grant you, the new Thief game (a series with Ken’s influence all over it, by the way) hits shelves on February 25th, but it’s so close to March that any responsible human being (so I don’t count) won’t have time to dig in until the weekend anyway—which, you guessed it, puts us in March.

Some might argue that the biggest game of February wasn’t a full release at all, but instead the Beta for Respawn Entertainment’s Titanfall. In fact, I’m planning an entire article on that Beta in a few days, so I’ll say only this: The demand for the Titanfall beta was so high that keys were going for 35-40 dollars on eBay. Which brings us back to the top. Ken Levine, with what is only perfect timing if you’re going for a pratfall, announced the dissolution of Irrational Games, “as [we] know it.” You can read the press release, but the basic premise is simple: Most of the 110-120 staff members at Irrational are out of a job, the reins to the Bioshock franchise are in the hands of 2K Games, and Ken is creatively huddling with about 15-20 hand-picked staffers to do something smaller, and more meaningful.

This is exactly what many critics have been calling for from our luminaries for years. A creative mind who’s willing to step back from the AAA development cycle and deliver something a little less flashy, but a little more substantive. Obviously, we don’t know for sure that Ken’s new adventure is going to turn into success—but neither were we sure about Bioshock: Infinite after years of delays, and that turned out pretty well.

In fact, some of the surprise of this announcement is that Bioshock: Infinite, rightly or not, is carting home award after award from the gaming press. Even people who have quibbles about the game’s narrative, or its ludonarrative dissonance, tend to heap mostly praise on what has turned into, perhaps ironically, a swan song. I spoke with an industry friend yesterday, and there is some perception of Levine as “Ken the control freak”, unwilling to leave his masterpiece in the hands of others, so he tore it down like one of the characters in his universe (I’m embellishing some). However, in his goodbye letter, he says clearly that Bioshock is going to continue in the hands of 2K Games—so control freak or not, I don’t see him white-knuckling his baby on the way out. In fact, Irrational belongs to 2K Games, and they—not Ken—write the paychecks.

If 2K is keeping the franchise, why in the world would they fire the team most comfortable and familiar with its moving pieces? There’s been an outcry, especially in the hipsterverse of the gaming community, that Ken gets to keep doing what he loves at the expense of a lot of people he cast aside. These are the same people, by the way, that ridicule Ubisoft for releasing an annual Assassin’s Creed game, or moan about HD Remakes. You know, the kinds of games that turn a quicker profit, keep people employed, gamers happy, and the industry afloat?

We can’t have it both ways.

This industry, ladies and gentlemen, is a madhouse. There are journalists out there acting like social watchdogs, trying to keep the big-bad game developer in check, when those developers probably make less money to build games than many pundits do to critique them.

Bioshock: Infinite was relatively successful, selling around 4 million units, but that doesn’t take into consideration that it hit shelves in 2013—six years after Irrational Game’s last title, the original Bioshock—which sold about 3 million copies. Bioshock was revealed in 2004 and launched in 2007. That means Irrational Games shipped 7 million units during its last 6 or 7 years of development.

Beyond that, they struggled to get Bioshock: Infinite out the door at all. They lost director Tim Gerritsen, eventually replaced him with a mercenary job from Epic’s Rod Fergusson, and then spent a full year after release struggling to push out two pieces of relatively tiny DLC.

Financially, this isn’t a company that could afford to sit around, 120 people strong, and wait for Ken to come up with something to do. I’ll admit that’s disappointing. I’ll admit that I’d rather every person in development keep their jobs, and that more jobs opened up for rookies like me. But, the secret concussion problem of the game dev world is that almost no one is safe.

We poke our heads up and lament firings at companies like 38 Studios, or LucasArts—but we tend to ignore the brutality of most of the industry. We forcefeed readers cynical narratives when a company with great intentions and ideas, like DoubleFine, slip a deadline, or try to get creative with revenue streams.

There is a segment of our community that seems to revel in the Schadenfreude of a failed Kickstarter project. The joy of writing or reading a snarky review has somehow replaced the solidarity of enjoying something together. Ken Levine has  never produced a flop.  Even when he was still at Looking Glass he was making great games.

Still, the voices rolled out during the long development cycle to tell us that Bioshock: Infinite was sure to fail. Wrong again. But, it doesn’t change the underlying issues of the industry. It’s hard to keep a  120 person machine rolling. It’s harder when you don’t have a giant project full of set pieces for those people to put together. When you add the no-win pressure of impatient fans and critics, there’s little incentive at all to open your arms to that grind over and over again.

This industry chews people up. Spits them out. There are no unions to protect all the people who got fired this week. That’s the problem. Not that one guy wanted to step away and make games on his own terms again. Not that we have people with the clout to make AAA titles who are willing to, instead, take a shot at true artistry. The problem is an industry that perpetuates the NEED for cold-blooded severance.

It’s got to be a pretty slow news cycle to take the story of Ken Levine taking a small team off into the proverbial woods to make great content, and twist it into a tale of a man so beset with hubris that he fired 100 people to get his way. If he’d walked away from EA this industry would call him a hero. If he’d announced a new Bioshock title too quickly, we’d have called him lazy, and out of ideas. Then we’d have questioned whether we need another Bioshock game so soon after the last one.

There’s plenty of hubris in our industry. I’m just not sure we ought to pin it all on Ken Levine—even if his timing is terrible.