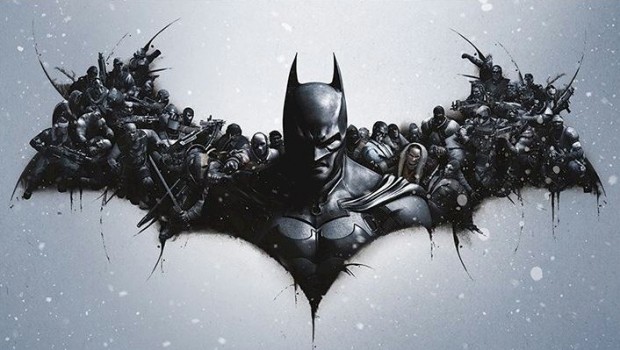 Well, they really fucked that up, didn’t they? It’s Christmas Eve in Gotham, the Black Mask is sending a baseball team full of assassins at Batman, and he’s doing it within the tight and tested engine that powered the genre defining Arkham City (my vote for the best comic book inspired videogame of all time). But man, what a shit show.

The guys over at Rocksteady set this franchise up to be sex in a deep black cowl. They spent half a decade making guys like me feel like a billionaire ass-kicking vigilante. They’re off working on some secret project, ostensibly next gen, potentially Justice League related—likely to kick the doors down from fifty feet away and make us beg for mercy—or more.

So, for now, the Batman franchise remains rooted in the death throes of the dying console generation, and  strangled at the hands of Warner Bros. Montreal. Yes, I’m being melodramatic—just like the unkempt dialogue, and the way I wanted to throw my computer after my save file corrupted—but man this game went wrong.

Full disclosure: I didn’t finish Arkham Origins before I started this review. I probably got about 20% of the way into the game before I lost my save file—but it’s enough to know that the game was more mess than promising. When I still had a save file I often had to walk away for a few hours, cleanse the nasty taste in my mouth, forget about the clumsy design, the bugs, the dialogue.

But, to the credit of the foundation the game was built upon—I always wanted to come back. Even when I was kicked out of my game without warning because I lost my internet connection for 10 seconds, even when I fell through a place where a texture existed, but BSP/collision did not (and fell forever), and even when I got caught in a fast-travel screen for 10 minutes, gave up, and lost my progress, I’d take a deep breath, pace my apartment, and come back for more.  The same thing that keeps the institutionalized criminal in their cycle of crime and incarceration is what kept me going back for more: the inside was easier to understand than the outside—and on the outside I just dropped 50 bucks on a game that refused to be worth it.

The technical issues aren’t even the worst parts. The game looks better than ever, the game even feels good a lot of the time—it’s not as if they broke the engine into its component parts and then reconstructed it—but the world they built around Batman is loose, lazy and the wrong kind of effortless.

Gamers have grown accustomed to waist-high cover as an automatic cue that combat is about to start, but Origins replaces that with unrealistic open lobbies. It got to the point that if I saw a big empty space, apropos of nothing, I knew the game was about to throw 20 guys at me at once. It’s uninspired stuff too. Where previous iterations of the game let you spend a lot of time feeling like a predator, using the shadows, quietly disabling your opponents, Arkham Origins takes the opposite tact: attrition and lots of it.

The city is devoid of life, the streets are empty of cars, people or any sign that this game is more than an Alpha build that never quite took the next step. With the snow covering the ground and the near lack of personality, it’s too poignant a pun to call this game a whitebox hub that leads to corridor action sequences.

Collision boxes are drawn in mid-air. Sometimes, if you zip-line in the right places, you can watch Batman hit these invisible barriers and scrape along them in mid air. Batman, trooper that he is, still slingshots to his destination.

At another point, the collision around the ice floes near a boat in the harbor was several feet above the textures.

Other times, ledges allow Batman to climb on top from one direction, but not the other, or to grapple from one side, but not the other. It is possible that this is a glitch, but the scarier notion is that it was a deliberate game design choice. Often, these moments where the game refuses to let you grapple up to an obvious ledge correspond with a time when it would give Batman a combat advantage in a room of 16 enemies.

The “real” Batman uses these strategic advantages as his bread and butter—so do quality gamers—but Arkham Origins makes the mistake of demanding that the player eschew all paths but those the designers deemed “critical.” It’s their way, or nothing, and so I pace some more.

I hear the developer is very apologetic about these problems. I hear they’ve already patched the game with ferocity. I hear that these issues are being taken very seriously. But, even if they hammer out the technical issues, it would take a miracle to remedy the condescending way this Batman game presents itself. Batman, world’s greatest detective, held by the hand, dragged through a mundane world, and punished for improvisation.

But hey, at least they found a way to bring the Joker back, right?