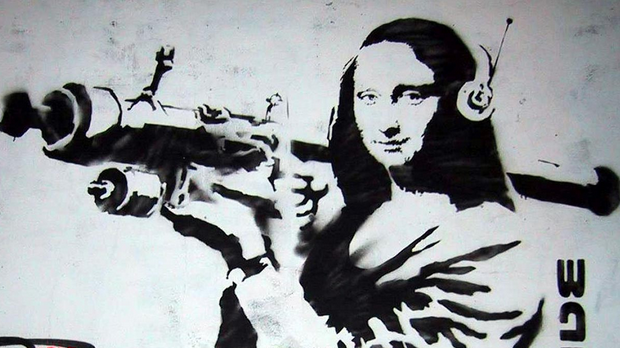 That said, I will not be joining the people of GamerFitNation in their Online Shooters Ceasefire event. In fact, though shooters are not my primary genre of choice, I might actually do a 24-hour live stream on my PS4, as a sort of reverse-protest in the name of logic.

The idea behind the even, which I’ve taken directly from the event’s facebook page , reads as follows:

“On December 14, 2012, Sandy Hook Elementary School experienced a tragic act of gun violence, which took the lives of 26 people. In support of the families of the victims and in remembrance of all victims of gun violence, GamerfitNation asks online shooter gamers to step away from their digital firearms and cease fire from Saturday, December 21st, 2013 at 12AM to Sunday morning at 12AM.”

It’s such a condescending idea. “Hey, gamers who had nothing to do with this terrible shooting, step away from a thing that brings you joy, and which does not cause you to be insane or cruel, and make a complicit link between what you do for fun, and the brutal execution of children.”

GamerFitNation is aware of these types of detractions. Antwand Pearman, one of the event’s organizers, told Polygon: “I’m not worried or concerned. I feel like we should just do something because it’s right, not because it’s politically-correct.” He also claims that it’s just about, “gamers coming together to do something positive.” I disagree. In fact, I think it’s a dangerous way to congratulate people for doing nothing. And that’s literally what they’re doing. They aren’t encouraging gamers to take action, they’re simply asking them to, for one day, take an inactive role in fake violence—you know—for the victims.

I used to get together with my grad school buddies, drink too much, and complain about, as we put it, “all this Facebook bullshit!” One of our biggest complaints came in the form of the cryptic breast cancer campaigns, and any other similar fake activism. We, despite our years of training, went with a simple pun: Slacktivism. The opportunity to allow thousands of people feel great about themselves because they posted a shit status update, while never actually leaving their desk. We’re trading sentimentality for action. We assume that people who lost their kids are going to be more moved by the temporary cessation of a virtual combat, than they would be in stricter gun control laws. It’s a lot like posting about the hungry instead of feeding them.

Yes, I’m a gamer, so I’m also insulted by the constant reinforcement, even within our own ranks, that we owe an apology for the actions of psychopaths. I just got finished playing an Assassin’s Creed game that took place during the age of pirates and slavery. We don’t need media to raise the human capacity for abomination. Long before XBox Live, we humans had already perfected the art of homicide.

One of the first stories in the Old Testament (whether you take it as fact or fiction) was the story of one brother murdering another. Has anyone orchestrated a day where we all agree to put away our violent bibles in memory of the dead? I’ll bet I can draw a more convincing line between the violence of the world and the violence of that particular media.

So, December 21st, if you want to do something helpful, then do something at all. Don’t settle for a sentimental and condescending inaction. Don’t insert yourself into the narrative that virtual guns owe more apology than the real ones. Instead, let’s get a game together, let’s shoot fake guns, let’s be eloquent and friendly while we do it, and let’s help idiots realign the difference between fact and fiction.