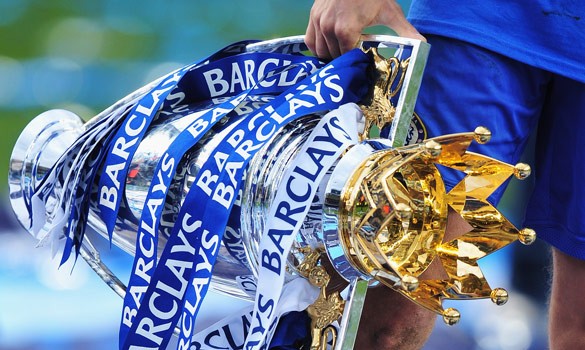 Hey there sports fans! The staff here at DOOM Towers have long held the tradition of playing a fantasy football league with the English Premier League. But this year, I’m going to open it up to all our readers too! You can compete with the staff of DOOM to win a (plastic toy) trophy and some (random crap) prizes!

It’s a head-to-head league which means each week you’ll be pitted against another team in our league and the winner will have points added to their tally.
I’ll be giving monthly reports on the league including commentary on how your teams are doing and players to watch out for!

The English Premier League starts on the 16th of August so to register your team in time you must have joined our league before midnight GMT on the 15th of August as that is when I will close our league to new entries. To join simply go to http://fantasy.premierleague.com, create your team and then go to the “Leagues” button in your top menu bar. You’ll see an option to join a league and just enter our code to join up!

My team Phoenix Park Tuesday are waiting for you there. I look forward to beating you!