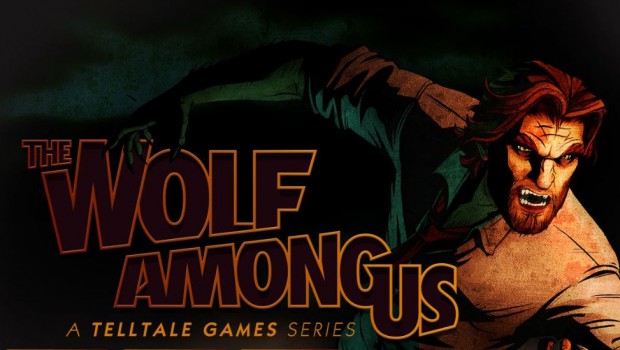 Fables: A Sheep in Game’s Clothing

The context of Telltale Games’ new Fables title is pretty simple: How do we follow up a comic book based, episodic adventure series, that won 90 game of the year awards?

Ok, so not that simple.

Over the years, the people at Telltale have become masters of remediation. They’ve transferred comics, television shows, and feature film series into interactive experiences. The Walking Dead was the perfect culmination of the lessons learned with each success and misstep. For those of us who weathered Jurassic Park, it was a relief. Unfortunately, Fables seems to be as similar to Jurassic Park as it is to Walking Dead—and that makes for an uneven experience. It’s tough to talk about games that are remediated from other content. If the game is terrible, like Superman 64, then you’ve got less to worry about. You can put a big fat F on the paper, and toss it aside, never worrying about things like thematic consistency, character arcs, or even art direction. Bad is bad.

On the other hand, if a game is good, then you have to start thinking about the deeper questions. Are these characters right? Is the core mechanic fun, or simply a passable means of bouncing from scene to scene? In the case of Fables, “Would I be having a different experience if I hadn’t read the comic books?”

Telltale, above all else, has nailed what a Fables game should look like. Yes, the contrast of the game is a bit higher than the book, colors are more vibrant, darks are darker and lights are lighter—but all in a positive way.  I had to go look at one of my trades just to confirm there was a difference at all. It’s a rare moment when I wish the original media looked more like the remediated form, but my comics now look somehow dulled in retrospect. I wouldn’t be surprised to see someone build entire comics using screenshots of the game and Photoshop. Even the non-diegetic information graces the screen at just the right moments, giving the game that traditional comic book feel. Even simple gestures,  like the  you get a text overlay when you arrive at a new location, feels perfectly in stride with the source material.

Unfortunately, I can’t say the same about the way the characters behave or interact. I know this story is a prequel, but there’s something lacking in the way the characters express themselves on screen. I’m avoiding spoilers in earnest, but there seems to be a number of winks at the comic audience, and many of those winks are ill placed. Comic fans can get a little rabid and unforgiving about continuity errors. There are a number of scenes in this first episode that take characters out of their personalities, and place them in a space regular readers might expect from a dozen—or even five-dozen—issues in. After a while, this attempt to build sympathy and tension swerves from good storytelling and into the realm of the disingenuous and manipulative.

Now, I don’t think Telltale ever gets all the way to manipulative here, and I’d even venture to say that for gamers who’ve never read one of the comics, these scenes likely play out as very subtle and understated—but it sometimes feels more like an alternate reality Fables story, rather than a prequel to a world we’ve invested in. Beyond that, some of the old Telltale complaints rise up. Forgive me, but the Telltale Tool is starting to get a little long in the tooth. The aspects that might once have been considered gameplay have come under a lot of fire over the last half decade, including an evisceration of Telltale’s own Jurassic Park series. Why in the world am I still playing through quick-time events to progress through meaningful moments?

I know it sounds like whining, but the notion that Bigby parleyed all of his hundreds of years of experience into “wiggle that stick into place then mash the R2 button” is laughable. This sort of gameplay was outdated during the Playstation 2’s lifecycle. I actually mashed the wrong button on purpose a couple of times and never failed an event, nor saw any meaningful recrimination for my actions.

In The Walking Dead, the thing Telltale did best was make me feel that my actions had meaning. In Fables, so far, I don’t feel that my actions are important at all—and the quick time events simply drag me from the story I’m watching—not draw me into the game I’m playing.

The biggest question about Fables isn’t, “is it good?” Because it is. It’s incredible. The production value, the dialogue, and even the voice work, while sometimes forgettable, is never bad. No, the real question is, “Are we still playing a game?”  I don’t know that we are. Not really.

If we are, then the core mechanic of Fables is either the quick-time event, the dialogue tree, or simply watching scenes unfold without input. The scenes we get to watch are so well enacted, it’s difficult to complain, but even iPad releases like Infinity Blade offer more player interaction than Fables has so far. In the past, an amazing narrative was more than enough to carry a game, right now it’s just enough, but I think we’re nearing a crossroads in interactive media where even the best narrative can’t carry such uninspired gameplay.  That sounds like I’m down on the title, but I’m not. I’d still recommend people pick it up, especially at such a low cost of entry, but be aware of what you’re getting. It’s not so much a game as a slightly interactive movie (think Space Ace or Dragon’s Lair). If you’re ok with that, you’ll find Fables is among the best of that type of game on the market.