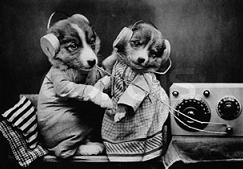 DOOM’s motley crew of music aficionados are back to give you the rundown of what they’re digging this past month. This month is contributed by Katie Delz, Michael Harris, and Aaron Poole.

This month’s recommendation does not come guilt-free. I confess to throwing my will-power out the window when leaks are involved. Such is the case of Beach House’s new album Bloom.

The official release for this album is May 15th, but I’m sure some people can understand the heartbeat-skipping joy I felt when I discovered the leak.

Beach House is a consistently good band, and their last album ‘Teen Dream’ was released 2 years ago. So it’s an understatement to say that I was anxious to hear what they put out.

Result? Nothing short of amazing. It helps that they used the same producer that they had on Teen Dream.

If you aren’t a super evil, leak-downloading person and want to have a taste of their new album, they did release the first track, ‘Myth’, as a teaser.

Indie Folk. An ever growing corner of the musical world where I’m going to build a nice summer home. In fact, some days I feel as though I might not ever leave. Good Old War makes me feel like hanging out by the crick and reading poetry books to my best gal, bringing to mind images of tire swings and other such quaint nonsense, but slightly more modern, so possibly images of an iPad with a picture of a tire swing. With Come Back As Rain, the band only continues a wonderful tradition of making great music and giving me something wonderfully happy to listen to.

Standout Track: “Loud Love” (which we couldn’t find so here is a different one -Ed.)

Chutes Too Narrow firmly established this band in the realm of “Shut up and take my money” territory for me, and while Wincing the Night Away had its imperfections and just things that I didn’t enjoy, I was throroughly excited for Port of Morrow. Morrow, though not the Shins lineup that I have come to love and a very different one at that, is a lovely mix of new ideas. Frontman James Mercer and his new crew refined their sound to near perfection. New voices, both instrumentally and vocally make for a very new sound and a fantastic little album.

Standout Track: “For A Fool”

I know that this came out last month and technically shouldn’t count, but I’m the one who’s writing this review and you can technically shut your face. That being said, I love me some Dr. Dog. This effort by the band is more pop oriented, a bit more…fun, than previous records like Shame, Shame or even Fate which were more subdued with key exceptions. Be The Void is a wonderful bit of freedom from the band, with some great experiments and some great new sounds.

I don’t know at what point everyone started hating Coldplay but they do. It’s strange to me as the first time I heard “Shiver” when it was released, just over 10 years ago now, I was instantly smitten. Their debut album Parachutes was a moody, indie bombshell of awesome and they went stratospheric not long after that. But at that time, they were the cool indie band your mates hadn’t heard of. It seems, Coldplay’s biggest problem is that they got popular.

Now sneered at by the same musical elite who used to champion them, it’s weird how that effects you as a fan. I’ve been to a few Coldplay gigs and they’re incredibly tight live, in fact almost eerily so. They’re so polished that I start to see what people are moaning about. They’re the tidiest band in rock. So when the new album came out… I started to side with the nay sayers.

Well, after a few singles got released I got over myself and realised that no matter what people say, they’re one of the biggest bands in the world for a reason. They make solid records. Mylo Xyloto is their most Pop album to date, it even has a guest appearance from Rihanna on one of the tracks. The album as a whole is coehesive and incredibly listenable with some real sonic moments to grab your attention along the way. It’s not their best, but it’s still worth having in the collection.

If Florence + The Machine released this, the hipsters would shit themselves over how good it is.