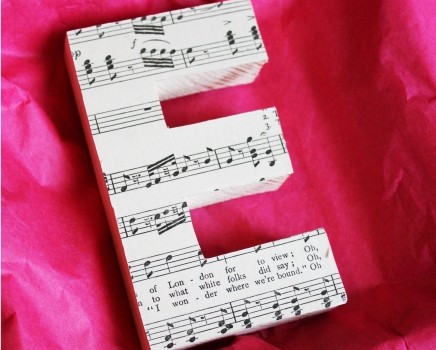 Hey everyone, look who it is. My name is Jon Kelly, and you may remember me from the long ago party dream podcast known as zer0cast. Well, my podcasting endeavors petered out, and I filled the void with music. A lot of music.

I didn’t start listening to music, really, until I was about 18 years old. Before that, I knew two bands really well (They Might Be Giants and Barenaked Ladies), and I had a fair amount of exposure to pop and classic rock through the radio. The only CDs I owned were acoustic instrumental guitar music of a variety known as Fingerstyle. Leo Kottke, Michael Hedges, and Billy McLaughlin dominated my listening time and taught me to play the guitar (probably the wrong way to learn).

Once I had enough disposable income to purchase consumer electronics, I found myself with an iPod. I had to fill it with something. Thus began my voracious consumption of music, mostly obtained at random via highly legal internet sites.

I felt like I had to make up for lost time. I never really stuck to an album, or band, or even genre for a lengthy period of time, and to an extent that’s still the case. So I’d like to share some of the music that’s stuck with me, from wherever and whenever. All opinions are opinions held by me, and should be considered opinions.

There might be a theme, there might not be. But this week, we’re going to start with the letter E.

From “The The Take Off and Landing of Everything”. A good friend of mine bought the album “Cast of Thousands” by Elbow about 10 years ago. At the time we occasionally would purchase media with no prior knowledge of it. Usually this ended up going poorly. For example, I bought the film “Ultraviolet”. My friend ended up with this Elbow album, which he wasn’t thrilled with. I thought it was okay, but I didn’t give it much attention.

When Elbow released this latest album, I listened to it solely due to that experience, not expecting much. What I got was basically Peter Gabriel filtered through the body of British pop and/or alt rock since Peter Gabriel was influential. It was actually partially recorded at Gabriel’s Real World Studios. This album is really solid, and I recommend it.

From “The Weight Of Your Love”. I ran into Editors as a recommendation for fans of Interpol (I’m a fan of Interpol). I can see where they were coming from, especially on older Editors releases. It’s a little less pronounced on “The Weight Of Your Love”, but you basically get lyrics that are quite a bit less ridiculous than Interpol in exchange for rhythm section that falls just short. Which is actually a compliment; Interpol’s rhythm section is bananas.
I can’t help myself. Here’s some more Editors. Just go listen to the whole album.

From “Halcyon”. Ok, ok, I know. Ellie Goulding is popular and what not. Plus she’s on a particularly crowded boat with all the other synthpop acts (including a lot of mainstream pop). Plus she dated Skrillex. BUT! Sometimes you just need something engineered to be catchy, and I’d rather go with someone who can write and sing.

That’s going to do it for me, folks. Thanks for getting this far if you got this far. Feel free to disagree/comment below, and I’ll be shoving more music at you soon.

I don’t necessarily promise to do new releases, or have this many songs in an article, but I just heard this today and have to include it.

From “The Both”. I don’t know a lot about Ted Leo, but Aimee Mann is a crazy talented songwriter. This collaboration between the two of them is pretty great, and hooked me right away. The video is a little goofy, but it was the only one I could find with the album version of the song.