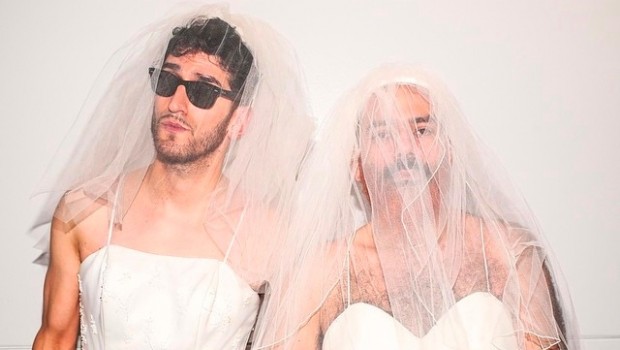 It has been a good year for music releases. Lots a solid debuts along with great bands returning with more music. As with previous years I’ll be giving you the lowdown on all the albums I’ve purchased within 2014. Yes, I’m still that guy who buys albums, I even buy CDs! So here is Part 1 of my “So Good I Gave Them Money” list!

Ball Pit by Paul and Storm The internet’s favourite male duo Paul and Storm are acquaintances of mine. But you can trust me when I say that they put on great live shows and are funny, talented guys. Honest.

This year saw them have a very successful Kickstarter campaign for this album. I doubt any of it’s backers could complain about value for money because it’s a 25 track beast ranging from geeky subjects such as Game of Thrones to creepy subjects like stalking your favourite band.

“This Song” is my favourite of the bunch possibly because it un-ironically works as a great tune, despite the sardonic intention of it’s lyrics. Colplay, somewhat foolishly, before the release of Ghost Stories compared its change of musical direction to Radiohead’s Kid A. Cue acres of derision from music journalists. But here’s the thing, they’re kind of right.

It doesn’t sound much like Kid A, but that wasn’t the point. This is a much subtler musical release from the generally crowd pleasing band. In a way, it’s a return to their quieter debut album Parachutes but with more electronic sounds and a penchant for key changes.

After the almost cartoon-like Mylo Xyloto, this is a welcomed breath of fresh air. I’m sure Martin’s divorce has influenced proceedings, the heartbreak is tinged in every song but I think the progress is more than that. They may be looking to claim back some of the indie cred they had when they started. It’s certainly a step in the right direction.

III by Take That Eternal pop connoisseurs will remind any Take That nay-sayers that lead singer Gary Barlow has won an Ivor Novello Award for songwriting. Say what you will about boy-bands and their contribution to the music pantheon but Take That have always been a step above the average boy-band, with more hits standing the test of time than most rock bands can claim.

Down to three members, the remaining men have missed no beats. In fact, they’ve added a few with this significantly dance influenced album. There are still a couple ballads thrown in but on the whole this has an 80s electronica feel to it. In fact, I would dare say if Robyn released this collection of songs nobody would notice the difference.

“These Days” is the first release and is catchier than ebola. There are about two more tracks of this level on the album so expect the charts to have a few songs from III in 2015. Funk purveyors Chromeo have returned to lift us from our dull lives into the higher echelons of dance-hip-hop ecstasy. With tongues planted firmly in their cheeks, the Canadian duo know how to get your feet tapping.

White Women took an age to release. They teased the album since 2013! With that sort of hype build-up you’d be worried that blue-balls might stop your enjoyment once it finally arrives but Chromeo do their thing consistently and do not disappoint.

“Jealous” is a perfect example of the Chromeo oeuvre. Funky, silly, and begging you to put on your best leather jacket and dancing shoes.