JJ and his amazing friend Jason are here to wish you a very Happy Halloween! Hey kids! Do you want to recreate the flavor of eating Play Doh? Well, […

“What killed the dinosaurs? The Ice Age!”

This was probably my favourite episode this season!

JJ and his amazing friend Elizabeth talk about the recent war against women on the internet. Sure, it is all about ethics in gaming, right? Tell that to the [… 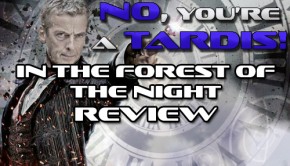 Review: Doctor Who – In the Forest of the Night

Hug the trees! Trees are your friends!

–It may come as no surprise to some but Summer is not my favorite season. And I can only speak for my particular region of the world but it […

After what was leaked, I can’t really say I’ve got anything as interesting to say