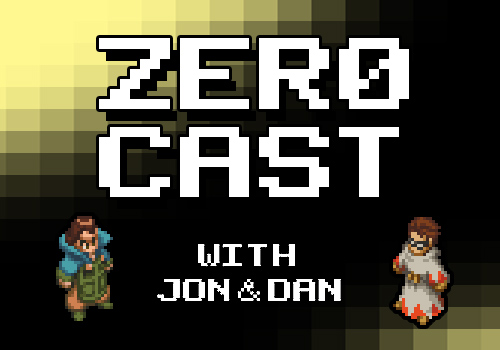 Hey hey everyone! Sorry for the lack of new zer0cast episodes. In case you weren’t aware (which is highly likely), my wife and I are going to be having our third child any day now. At least, I put the podcast on hold when I thought that, but he’s taking longer than we expected to get here. Hence the long break.

There will eventually be more podcast, so don’t worry, the four of you who were worried! The rest of you, start worrying, and then don’t worry.

In the meantime, I will shamelessly plug a game I made for a thing where you are supposed to make a game about fishing. It’s a Twine game, which is pretty much just text and links which form a sort of Choose Your Own Adventure vibe. Some people say these aren’t video games; I say they are. You may find yourself forming your own opinions if you play some of them.

Speaking of playing some of them, why not try this one?

The Void and The Hook

It’s pretty short. I’d be super thrilled if you gave it a shot, and even more so if you told me what you think! Either here or on twitter (@zer0jon) or email (zer0castdoom AT gmail DOT com).

Thanks, and enjoy your time!