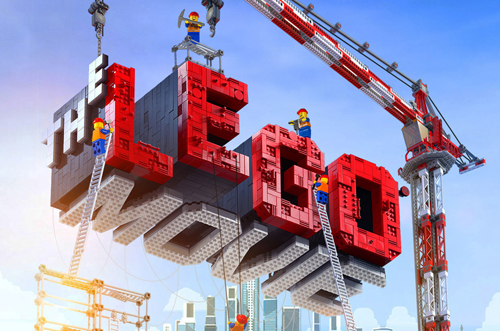 I honestly forgot this movie was coming out and dismissed it as not worth seeing. I thought it would be a quick cash grab, with little no humour or charm I could appreciate. Never have I been so wrong. Let’s build up some hype and take a look at The LEGO Movie!

As I recently said to Mars Needs’ own Elizabeth, LEGO has taken on this weird form of parody in recent times, with all the LEGO games and what-not, that I really enjoy and this movie builds on that in a massive way.

The first thing I really have to address is the animation. HO-LEE-BALLS, that is some crackin’ CGI. Not only is it pretty but the animators have obviously gone above and beyond to make the characters, surroundings and textures look like LEGO. It’s so good, it looks like stop-motion at times and that goes a long way to add a real-world feel to it. The LEGO games have characters bend and flex in a way that minifigures cannot but here they move how a minifigure does with only slight gestures added in to give them more emotion, it’s really astonishing! The production and casting is also star-studded, with directors Phil Lord and Chris Miller (21 Jump Street, Cloudy with a Chance of Meatballs) and Chris McKay (Robot Chicken), the animators Animal Logic (Happy Feet, 300) and an all-star cast which we will get into but first, go check out the trailer already!

Immediately, we’re introduced to Emmet (Chris Pratt, who will be Star-Lord in Marvel’s Guardians of The Galaxy) He’s an average minifigure; not a superhero, brave knight or cowboy, just an average construction worker minifigure who is believed to be a Master Buidler by the old mystic, Vitruvius (Morgan Freeman!). He’s a bumbler but very likable right from the get-go.

I had to work The Commodores in somewhere and this movie obliged with the “tough female” lead, Wyldstyle (Voiced by Elizabeth Banks). I really like her design and hope there’ll be some tie-in minifigures you can get of the characters.

In a surprising move, this isn’t just a world filled with generic LEGO people but a world inhabited by minifigures from throughout LEGO history. DC Superheroes, Teenage Mutant Ninja Turtles, The Minifigure Collection, Space, Castle, and dozens of others are present in many of the scenes. I’ll be surprised if any Marvel Superheroes make an appearance though considering this is a Warner Bros. flick.

Yup, Batman (Voiced by Arrested Development‘s Will Arnett) joins our motley crew as they try to stop Lord Business (Will Ferrel) and Bad Cop (Liam Neeson) from destroying the universe by gluing the world together. I swear I’m not making that up!

It’s no shock that I’m excited for this movie. It’s funny, charming, well produced and chock-full character and I hope it does well at the box office. You can expected to see a fully assembled The LEGO Movie in theatres Febuary 2014