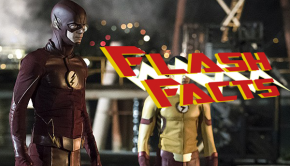 Damn good episode, shame I’ve now got that Steps song in my head…