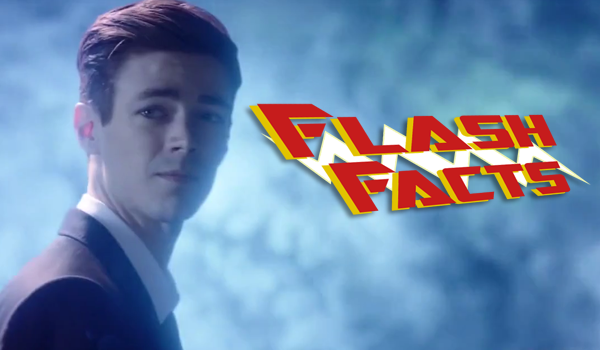 Here we go with The Flash season finale and for all the shit I’ve given the show this season, I will admit that there were some genuine surprises to be had, starting with…

The death of HR Wells. I knew they were going to save Iris through shenanigans but I’ll give the show credit for a cunning bait-and-switch using established plot points; with HR taking Iris’s place on the business end of Savitar’s spike thanks to his image inducer. It’s a clever work around and had a real emotional impact for the audience and the team.

The Killer Frost/Vibe dynamic is interesting this episode too as Cisco’s gradual melting of Caitlin’s icy exterior pays off as she turns face and attacks Savitar for trying to kill Cisco. She even attends HR’s funeral, albeit from a distance, promising to come back to the team when she figures out who she is. Like I said previously, with Killer Frost apart of the Justice League in comics, it makes sense to give her a face-turn for some cross-media compatibility.

If there’s one thing I didn’t like was how they handled the Barry/Other-Barry scenes. Not that they’re bad, in fact they’re great, but they don’t go anywhere. We go through a whole song and dance with Savitar being saved by Team Flash only for him to reveal it was a waste of his time. And ours, apparently! Was he seriously that bored while waiting for Cisco to modify the speed bazooka that he figured he’d dick around with his old mates for shits and giggles? I dunno, good scenes but they served no purpose.

Naturally, the day is saved (and Jay gets broken out of the speed force to boot!) and everything is hunky-dory! …Of course, it isn’t. We need setup for next season and apart from a sly hint at a future villain (DeVoe aka The Thinker) we have a new dynamic to establish. With Jay free from the speed prison and no one to take his place, the sky erupts with lightning, demanding a speedster sacrifice and since everyone else has had a turn (and because he needs to serve penance for his numerous fuck-ups), Barry decides to go.

Wow, this is potentially a huge shake-up for the show! With Barry gone, Wally would become Central City’s Flash with Vibe as back-up. That’s great because the kid needs more development and can truly grow with Jay’s guidance. I mean, if it sticks. The absolute worst thing that could happen is that Barry returns within the first couple episodes (and I have a sinking feeling that he could) but I hope not. The Flash lineage is one of the longest running in comics and is as diverse as they come so seeing the sidekick become the hero is a great direction for the show to go.

This season has had it’s ups and downs, having a third speedster as the big bad was a huge misstep in my opinion but the huge crossover in the middle bolstered it and there were a fair few great moments so overall it’s an average season. I hope that we’ll be seeing a Brave New World when we come back next season but for now, as always…