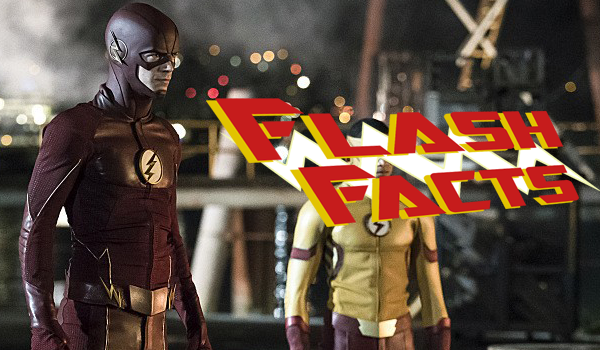 After the shockingly dumb twist of last season’s finale, I was going into Season 3 with a ton of trepidation and, for the most part, those fears have been alleviated but let’s talk about the episode proper.

Flashpoint’s source material, a comic book event of the same name, is much derided for several reasons. One; it wasn’t very good and B; it threw away 70 years of canon and lead to the New 52. It was a bad time for everyone but I actually dug the way this episode used the premise. Rather than leading to a war between Atlantis and Themyscira that decimates Europe or retroactively making Thomas Wayne into Batman, this shift in history is much more intimate and personal to Barry.

Yes, he’s got both his parents back but it destroyed the close relationship of the Wests, Wally is (Kid)Flash and there’s a new enemy speedster in the form of The Rival. Hell, even Captain Singh is gone!

Flash Fact: Captain Julio Mendez, played by Alex Désert, is another Flash ‘93 alumni! He was essentially the Cisco of that show.

But the real kicker is that Thawne knows that it can’t last. Barry’s been too short-sighted, too stupid, and that Barry’s fantasy world will soon crush him under the weight of his own decisions. And as the reality of the situation finally hits him, we get a heart-breaking scene of Barry saying goodbye to his parents but the gut punch…

Is that Thawne is enjoying himself. Barry needs Thawne and he takes great pleasure in taunting him; saying he’s the hero this time and that even the reset didn’t fix everything and leaves Barry to find out for himself. As much as I love the Wells/Thawne version, this one is also fantastic in his open antagonism. I can’t wait to see Matt Letscher take on the Legends in their show, he’s such a good bad guy.

There are two final revelations to kick off the plots of this season as Barry’s reunion with the Wests runs afoul as he asks where Iris is and Joe just about smacks him. I can’t imagine what changed after the timeline was reset to cause Joe and Iris to be on bad terms but Wally still be there but this is an interpersonal drama that only Barry can fumble his way through!

Meanwhile, a sleeping Edward Clariss (the Earth-1 counterpart to The Rival) is awoken my a mysterious voice, announcing its presence with the word ‘Alchemy’ scrawled into a mirror. I’m not up on my Dr Alchemy lore (apart from he was an enemy of the second Blue Beetle) so I’ll have to do some digging for his eventual debut…

Overall, Flashpoint is a much stronger start to the season than I was anticipating and opens the door to some new kinds of drama for our favourite Scarlett Speedster.