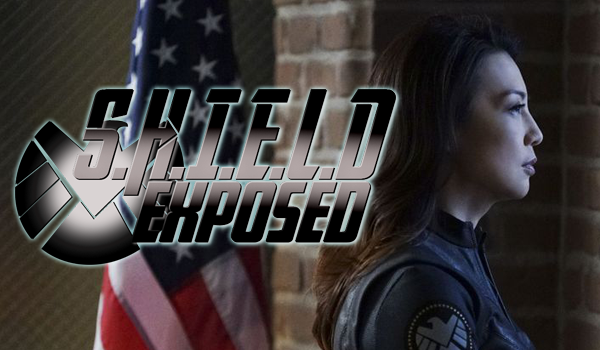 Seriously, after having gone through the threat establishment of the LMD’s we finally see how dangerous they can be as SHIELD is manipulated into hunting two of their own in an intense and gripping bottle episode.

For those that don’t know, bottle episodes are mainly set in one central location (SHIELD base), starring as few non-regular as they can get away with (most of the characters onscreen are regular cast) and using mostly dialogue. That part is up for debate because there is a ton of action and dialogue and both are incredibly strong!

The episode follows the same formula of paranoia, distrust and dread as John Carpenter’s The Thing but accelerates the timeline as the LMD’s go on the offensive and it’s up to Daisy and Simmons to undermine and ultimately triumph. Oh? Did I say Daisy isn’t an LMD? Well you know what that means!

Someone pick up that phone because I FUCKING CALLED IT! Fitz is revealed to be an LMD in one of the most powerful, emotionally-charged scenes of the episode, if not the season, because Iain De Caestecker is an acting demigod. His performance during the tense standoff between him and Simmons further highlights this guy’s acting chops. Elizabeth Henstridge also delivers a strong perfermance but she isn’t switching from terror, anger, love, and affectlessness on the fly like Iain. It’s brilliant.

Daisy gets to show more of her combat chops by going up against the Mace-LMD and doing a pretty effective job though just taking one out is enough to knacker her out and resort to quaking Mac to pieces. It’s a fun running fist fight through the lab with some great camera work.

AIDA also continues her descent into full-on villain by turning The Superior into a Frankestein’s Monster of an LMD and killing Radcliffe before stuffing him into the framework. She’s like Ultron but actually threatening.

Ming-Na Wen has a pretty badass display of character for the May LMD this episode too! She has more May in her than Radcliffe probably intended, selflessly stalling the other LMDs from hurting her team with a pile of explosive barrels! She might not be human, but she’s still May. Right ’til the end.

We end the episode with Daisy and Jemma sneaking into the Framework to free their friends and we get a glimpse of what that perfect world looks like and boy is it bleak. Coulson is a racist teacher, Simmons is dead, May works for HYDRA and, most chilling of all…

SON OF A BITCH! I know good villains don’t die but jaysus, lads… Still, it’ll be good to see Brett Dalton back to being an openly evil bastard because he and Daisy have to be working for HYDRA too, right?

Self Control is my favourite episode of the season so far but that may soon change as when we come back to Agents of SHIELD in April, we’ll be dipping our toes into the alternate universe of the Framework and asking What If…