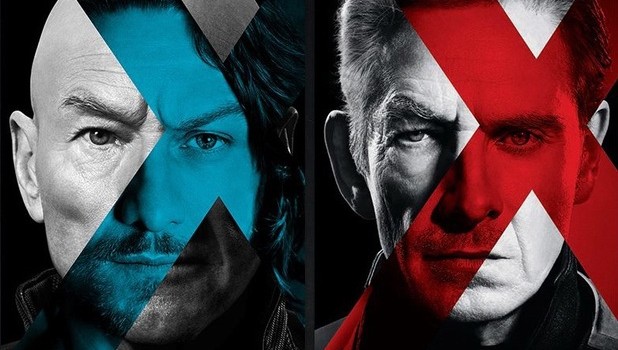 The new trailer for Bryan Singer’s return to the X-Men universe has been released with lots of new shiny footage. Like most people with sense, I was horrified by many of the previous FOX produced X-Men films but like a good boxing story it’s all about the fighter with a point to prove. The franchise fell into a shambles after Singer’s departure and the Superman movie he left it to do was a flop. Perfect time for an inspirational comeback?

A lot has been made about the dodgy design of Quicksilver and after seeing it here, it really does look bad.

Also, is that ducktape? Man, they really cobbled Cerebro together, didn’t they?

There is only a couple flashes of Ellen Page in this trailer. Considering her character Kitty Pryde is such a central part of the original comic, that could be a worrying sign.

You may be able to explain it away with the fact that she’s probably one of the few cast members who hasn’t won an oscar (although she was nominated so even that doesnt work).

They’ve been very coy with revealing the Sentinels in action. I know there has been a promo photo or two but so far in the trailers they haven’t shown us one fully.

However, the promotional photograph I saw didn’t wow me. It was like if Apple design Iron Man.

I’ve adored Iceman since I was a little kid. And one positive thing about the original X-Men trilogy was his character growth and arc as he learned to be a hero and control his powers. So to see this… … made me happier than a 30 year old man really should get about this sort of thing.

Overall: Just when I thought I was out… they pulled me back in! Days of Future Past is a crazy story to be translating to film and to combine both X-Men casts to make it was a mammoth undertaking. I thought it was going to be a mess, and it still might be, but this trailer has peaked my interest. I may just have to catch this one. Fool me once…