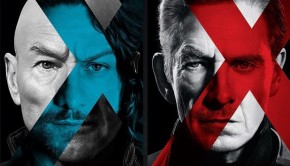 The new trailer for Bryan Singer’s return to the X-Men universe has been released with lots of new shiny footage. Like most people with sense, I was horrified by […

JJ and his amazing friend (and Assistant Manager) Jason are here to drink coffee, and have a podcast…and they drank all the coffee. (true story) This week Jason goes […