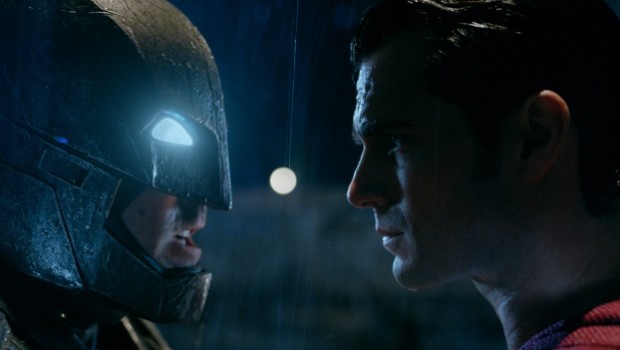 Ok, so this is a slightly delayed look at the new trailer for Bats v Supes: Dawn of Gesticulation. Why is it delayed? Honestly? I had better things to do. It’s not that I don’t love you, dear reader, but why are we doing this to ourselves?

Man of Steel was panned by the majority. Yes, there is a strong minority out there who still laud it to this day but let’s be honest at this point, it has a 56% rating on Rotten Tomatoes for a reason. So when they announced a sequel being helmed by the exact same crappy director Zack Snyder, there was a large collective groan.

They’re trying to win us over by throwing as many recognisable characters at us in order to somehow replicate the popularity and success of the Avengers franchise but we’re all smarter than that and can see through this pathetic ploy, right? Right?!

I don’t know why it tickles me, but the idea that Batman stops and takes the time to burn his symbol into the chest of a criminal is so ridiculous I kind of love it.

“HOLD STILL DAMN IT! Ah, now look, you ruined it. Hold on let me heat the thing up again so we can get this right…”

Forget the logic flaw of building a statue to the guy who pretty much helped level a city in the last movie but could we not have built one for real for the movie? Like, out of foam or wood or something. Is CGI really THAT much cheaper that it’s not worth building a fake statue for a movie?

– The Writing Is Not On The Wall

I don’t know if I’m more worried about the idea that Joker broke into somewhere just to put some graffiti on a bat-suit or the idea that Bruce would just look at it with sad doe eyes. Either way, the sign is wrong, the joke is on us.

– I Should Probably Care More About This Shot

Don’t pick a fight with this guy! HAHA! Am I right? Psst, if you guys didn’t know, he’s really Superman. Spoiler alert! But oh man! Don’t pick a fight with him?! That’s exactly what is gonna happen in the movie! It’s like foreshadowing but in the form an amazing zinger. Who is the real Joker, am I right folks?! SO FUNNY!

Yeah, he’s zombie Zod, I guess. But lets face it, he’s Doomsday. Except that we know he won’t kill Superman in this. So what’s the point? And, here’s my main problem, you’ve just shown us the exact reason why Superman and Batman stop fighting in this film. You’ve now given us the whole plot. Congratulations!

Remember how one of the biggest complaints about Man of Steel was it’s over-the-top destruction of cities and lack of emotion/consequence in regard to it? Well don’t worry folks, Zack Snyder heard those criticisms and said “to hell with you” and threw in some more!

– I Should Really Care More About This Shot

But I don’t. Wanna know why? First of all, even the characters don’t know why she’s there. Nobody does. My guess, there will be no reason why she’s there. Secondly, Wonder Woman doesn’t even get a line? Not even a “Step aside, boys”? Nothing? Thirdly, how crappy is that CGI background? Couldn’t have rented a street corner for your three biggest heroes to stand on? C’MON!

OVERALL: This trailer made me roll my eyes at least 3 times and made me so angry it gave me energy. If you give this film any money at all you’re officially part of the problem with Hollywood. They will continue to misuse characters like this purely on the gullibility of a mindless movie-going public. This film will be crap. Big budget crap. Thank God for Marvel right now, that’s all I can cling on to with superhero films…