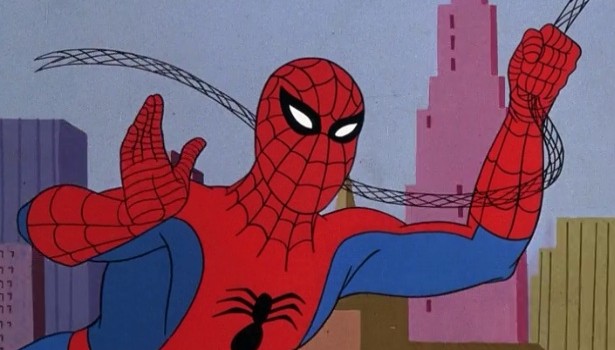 A couple of years ago at Dragon Con, my good friend JJ Hawkins (of DOOM’s very own Mars Needs Podcasts) surprised me. I opened up my laptop and he saw my desktop at the time which was a rather eye pleasing rendition of our friendly neighbourhood Spider-Man. He uttered a sentence which shook me at the time “I didn’t know you liked Spider-Man”.

Really? Had I kept this such a secret from the internet world? I have spoken at length with him before about comics and comic book movies, but did I not convey my deepest love for Peter Parker himself? I knew I had to correct this and maybe today is my time to do so. I fucking love Spider-Man. He was my gateway into super heroes. I can’t remember a time when I didn’t love him. I still vividly remember being up at an ungodly hour of the morning watching Spider-man and Friends on TV. He is both at once a kid-friendly super hero and completely depressing tragic figure.

I could get into the life story of Peter Parker and discuss how the character is the Shakespearean tragedy that never was. How he is a role model for anyone who has suffered loss in their life. Or anyone, ever, for that matter. But these “They Don’t Make Them Like They Used To” posts are about theme tunes. And I’ll be damned if the Spider-man one isn’t worth talking about all by itself.

First of all, there are about 4 people shouting at you through the whole song. Sure, it’s probably only one man and one woman doubled up a couple of times but it’s like having a chorus of people ritually chanting at you as fast as they can.

The pace of the song is kind of hilarious too. I’ve often tuned out the lyrics as it’s just so hyperactive. But it’s worth listening intently because “listen bud, he’s got radioactive blood” and “to him life is a great big bang-up” are so truly dorky they’re amazing.

And just to show how great a theme tune this is, check out the video below where heartthrob and all round dream-boat Michael Bublé does a cover of it. A fantastically jazzy cover it is too. How many other kids TV show theme tunes have been re-done by big musicians? It just goes to show how much of a timeless classic it is.