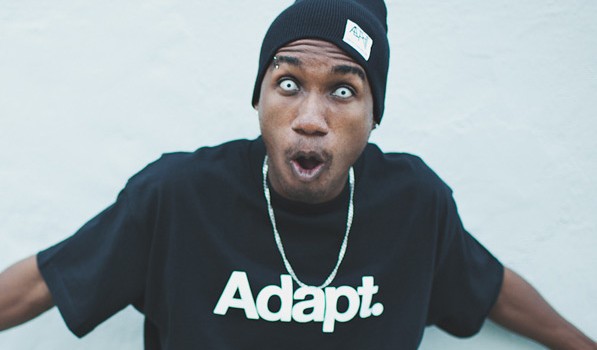 In my life I’ve gone through two significant rap phases. The first was several years ago, and was only significant because it was my first venture into that world. It didn’t last long, and didn’t extend beyond a few underground rappers who I didn’t particularly get into.

The second was recent, and lasted longer than most of my musical phases last. It started in similar places as the first one, and rapidly expanded. There’s will likely few more installments of Audiophilia dedicated just to Minneapolis-based rappers, but for this one I’ll just name some stuff that anyone remotely into hip hop will already know. But hopefully I’ll reach someone who hasn’t wandered into that territory too heavily and cause the occurrence of a significant rap phase.

Disclaimer: This is rap, so there’s several swears and some “N Words” contained herein. Also note that I am extremely white.

Slaughterhouse is pretty mainstream, actually. The 4 person rap group was signed fairly recently to Eminem’s Shady Records, which I imagine gave them a major boost. “Our House” is the first track off of their debut album. It’s essentially an introduction to themselves and the album, showcasing each member of the group as well as Eminem who makes several appearances on the record. The last song I’ll showcase from Slaughterhouse is “Get Up”, which does something that has probably been done before but was new to me. There are some words sung as part of the beat, and they seemingly effortlessly rap around that. It’s pretty awesome; I had to listen to it several times in a row the first time I heard it just to bask in it.

Slaughterhouse’s “Welcome to Our House” doesn’t quite break free from the misogyny that pervades a lot of rap, which slightly disappointed me. But the album is well polished, written, and executed, and has some killer beats and hooks. If the above songs did anything for you I’d check it out.

Hopsin is probably the most famous underground rapper out there. His “Ill Mind” YouTube series has lately been garnering millions of views, and his latest album “Knock Madness” got quite a bit of buzz. This first song is off his second album “Raw”.

Hopsin is an interesting character. He technically is a character, played by rapper Marcus Hopson. He wears white colored contacts on stage, in videos, and for interviews. He’s portrayed as a sort of cantankerous soap-box preacher, supremely confident in his superiority over all other rappers. The man behind the character is a toned down version of that. Marcus has a lot of ideas about where rap is and where it should be, and he’s not afraid to call people out.

At the same time, he’s created his own label. He writes lyrics, mixes and produces his own beats, sings a lot of the hooks himself, and clearly has a handle on self-promotion (see the aforementioned white colored contacts; he’s pretty easy to recognize). His album “Raw” dealt with a lot of his feelings about his interactions with Ruthless Records, who signed him for some small amount of money and basically buried his debut album “Gazing At The Moonlight”. That first album sold only 47 copies. Subsequently he broke away and started the “Funk Volume” label, to which he’s been signing up-and-coming rappers who meet his pretty rigorous standards.

He spent a long time on the follow-up to “Raw”, releasing “Knock Madness” in 2013. Production values were emphasized on this record, and you can definitely tell there’s a technical leap between the previous song, and the next one I’ll include.

Hopsin is great, and you should totally listen to at least his Funk Volume records.

Yelawolf is another rapper who’s blowing up. He’s been touted as the next Eminem, by Eminem no less, and was also signed to Shady Records. He’s actually pretty good, and has the mystique of originating from Alabama. But I’m including the song “Get Away” off of “Radioactive”, mostly because it makes me laugh every time. Yelawolf’s stuff is good, the first guest verse is all right, but the second guest verse by Mystikal is so over-the-top, to the point where it doesn’t really even fit in the song, I can’t help but crack up. Hopefully it’s not just me.