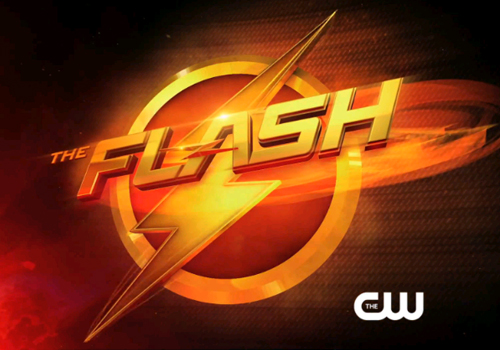 First envisioned as a backdoor pilot, the Scarlet Speedster’s two-parter appearance on Arrow was so well received that they’re giving him a full pilot to himself to further expand his story. As an off-shoot of Arrow, The Flash is stepping into an already established universe. Many of the DC’s made up cities are present, lots of references to companies and individuals comic fans know but thankfully, this 5 minute extended trailer shows off what we can expect from The Flash’s second television attempt. Grant Gustin (of Glee fame, apparently) plays Barry Allen and when he showed up in Arrow, he was instantly an endearing bumbler who was always running late, a knowing juxtaposition to his upcoming role. He helped Ollie defeat the baddie of the week, gave him a compound for his new mask and, at the end of it all, was struck by lightning and dowsed in chemicals. A running subplot in Arrow up to that point was that a particle accelerator was due to come online in Central City and I thought that’s how his powers manifested and, seemingly, that is a possible explanation but I do love that they recreated possibly the silliest origin story ever. Speaking of… The mysterious “man in the lightning” is obviously Professor Zoom, aka the Reverse Flash and he is responsible for the death of Barry’s mother. Interestingly, there’s also a character called Eddie Thawne in the show, a transfer to Central City’s Police Depratment. I’m not saying they’re connected. Not at all. *whistles* In an interesting nod, John Wesley Shipp has a role in the pilot. For the uninformed, John Wesley Shipp was The Flash in the original 90’s live action series and appears to be playing Barry’s father, who is framed for the murder of his wife. That’s some nice work, producers!

This Ship sails itself Candice Patton plays Iris West, Barry’s love interest and best friend. I predict season long sexual tensions and emotional tumblr posts. Her father is a detective for the CCPD and also acts as a surrogate father to Barry. The Particle Accelerator incident seems to have trigger metahuman abilities in many inhabitants of Central City, nicely setting up a more super-powered villain of the week formula. First up is Weather Wizard, a shit-tier member of The Flash’s Rogues. Call me when Captain Cold shows up!

The Flash costume is pretty good, especially for a TV show and the efffects for his super speed look so much better than Smallville’s attempts but there’s still a little bit of that badness present. At the very least, his fast-paced superheroics look much more dynamic. Stephen Amnell reprises his role as Ollie Queen/The Arrow, offering up some advice to the rookie hero and seems to be pretty up beat, all things considered. (If you’re not watching Arrow, you really ought to be!)

So that’s our first glimpse at The Flash and I’m excited! Springboarding off of the strong foundation that is Arrow, The Flash is set to be a good alternative to the broody vigilante with a more colourful set of characters and adventures. The Flash is set to premiere this Fall on the CW Network!