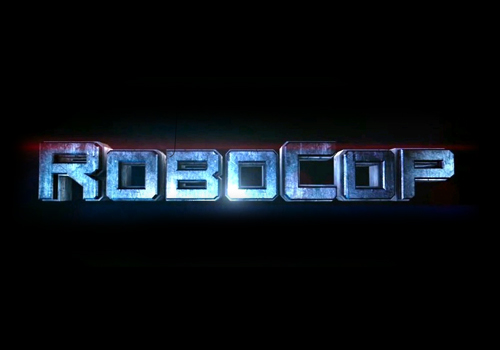 The future of law enforcement is back and he’s gotten a 21st Century makeover. The Robocop remake has been in development hell since around 2005 but finally it’ll be hitting screens soon and we’ve got a kick ass trailer in the meantime!

Being a remake, the broad strokes are the same but the details are different. Omni Consumer Products is now simply OmniCorp. There’s a thick atmosphere of drone technology in urban environments, which is a hot topic right now. Murphy’s demise is changed for a more PG audience (and lets face it, that original firing squad shouldn’t scar another generation of children!) and his family seems to be in it much more. The lead is a Thor and Mad Max 4 candidate, Joel Kinnaman and has a star-studded cast to back him, including Gary Oldman, Michael Keaton, Jackie Earle Haley, and Samuel L. Jackson. Let’s take a look at the trailer. One thing I’m interested to see in this movie is Murphy’s struggle to hold onto his humanity, and how his family will impact that journey. His wife and kid seem to be central to that journey and it’s something the original never played with.

Gary Oldman plays Dr. Dennett Norton, the scientist who creates Robocop. He seems a little amoral in parts but redeemable in others so we’ll see how this movie plays out but it’s Gary Oldman, I’m sure he’ll kick ass.

“I only work in black, and sometimes very, very dark grey.”

Michael “Batman” Keaton is supposedly a villainous CEO of OmniCorp and seems to be a shrewd businessman, looking to capitalise on the good press and marketing possibilites of Robocop. In a cool nod, the original armour design shows up in the movie as a kind of Mark I form before various revisions leave us with…

I really dig the armour design. Granted, I really prefer the silver version from earlier but this is just as cool. The stealth aspects could lend to some really cool segments plus I love that he’s more agile now. Such a huge improvement.

Ol’ Murphy is packing his iconic pistol but he’s still got another thigh for stuff to pop out of so he gets a sub-machine gun for dual-wielding fun!

Fan reaction has already been polarising. Hell, I spent an hour last night arguing with a fellow youtube reviewer over facebook, but I REALLY dig it! I’m pretty hyped and considering that I had no real interest in the movie before this trailer popped up, that’s saying something. Robocop will be hitting theatres Feburary 7, 2014.