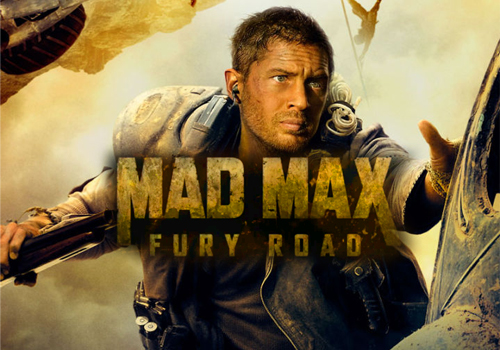 It’s taken 30 years but I think we’re finally beyond Thunderdome.

Ow! Stop throwing stuff, I had to! It’s in my contract! So, Mad Max, huh? It’s post-SDCC 2014 and THIS is what I have to work with… No Avengers 2? No Batman vs Superman trailer… Yes, there’s a teaser, but it’s literally just Bats and Supes glaring at each other. There’s also that Deadpool vid knocking around which is bloody awesome but it’s sadly just test footage so I’m not covering it.

Mad Max, an Australian dystopian post-apocalypse movie franchise directed by the guy who made Babe and Happy Feet, George Miller and starring the Jew-hating buddy-cop Mel Gibson. The first three were critically acclaimed and this fourth installment has been in development for LONGER THAN I’VE BEEN ALIVE. But now it’s coming and it stars Tom Hardy so let’s see what the craic is.

“You merely adopted the sand; I was born in it, moulded by it.”

Tom Hardy, adopting yet another ludicrous accent (sorry, Australia!) is our Mad Max and he certainly looks the part. Hell, he even spends most of the trailer getting his ass kicked, which is what my memory of Mad Max is. Did he ever actually win a fight in the other movies? Hmm.

Charlize Theron plays Imperator Furiosa, possibly the antagonist, possibly an ally, the trailer is giving me bupkis in that regard but it’s a strong look for her.

That’s about as Mad Max as you can get. The look of the movie is very cool, having the vehicles designed by screenwriter and British comics artist Brendan McCarthy.

Can’t say much more about this trailer. It’s Mad Max, it looks like Mad Max and there’s nothing really given away other than “this is Mad Max as anything.” You can expected Mad Max: Fury Road to screech onto our screens May 15, 2015. Now, rack off!